But even with that statement, we don’t feel threatened. I mean, after four centuries of colonization, some influence from other cultures have definitely rubbed off. And we don’t just imitate. We own! Take the jeepney for example. That’s a US Army jeep that we made into our own funky transport system. Same goes with our telenovelas, teleseryes and telefantaseryes.

With regard to Japan pop culture, we’re still guilty of some. Take Super Twins, for example. Tsk. Tell me it’s not Sailormoon.

But Koreans stand on our opposite end. While we relish the fact that we could make something foreign, part of our own, they are quite cautious of the influx of Japanese-based media output that they are getting. 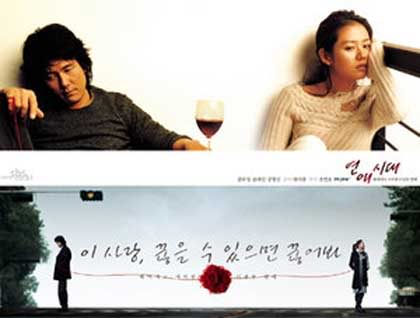 Take the wave of Korean TV dramas and films that are based on Japanese ones. And Korean scriptwriters don’t deny the quality of Japanese output that makes them worthy to be imitated. Japan’s literary heritage contributes to the unique stories and flavors of Japanese movies and films. Still, it raises concern that Japanese pop culture could once again dominate Korea.

Some experts fear that enthusiasm for Japanese pop culture is headed for a renewed domination of Korea. Bae Won-keun, a researcher at the KPRI, says it is a shame that Korean entertainment companies scramble to snap up Japanese stories for quick returns rather than working to strengthen their creative power. “The entertainment industry should make more effort to cultivate young writers with fresh ideas,” he adds.

The point’s valid anyway. It’s a challenge to create something original nowadays. But the Japanese fails to disappoint. Just how many eccentric geniuses do they have in that country? It’s also a challenge to Filipino artists to produce. Anyway, self-identity’s a real mucky issue for use Pinoys. :p

Oh well, that’s the Koreans for us. How about a Pinoy version of Maria Ozawa stuff. That’d be great. Hehehe…