One of the reasons why I haven’t posted anything yesterday was because I was too caught up d*wnl*ading and watching First Kiss. I like Inoue Mao. I first saw her on Kids’ War and she sure does play the role of the sassy tomboy very well. And it was no wonder she’s perfect for the role Makino Tsukushi in Hana Yori Dango. 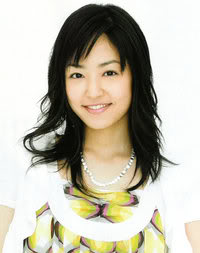 Speaking of being a sassy tomboy, Mao-chan is back with a new TV drama for Fuji TV called Anmitsu Hime which is about a tomboyish princess who longs to see the outside world. It is adapted from an old manga (try 1940’s-1950’s). It’s due to be shown January of next year.