Home » Crafts and Hobbies » Otakai: For all your toy collecting needs!

Otakai: For all your toy collecting needs!

One of the booths at last weekend’s ToyCon 08 was that of Otakai – a forum that is home to mostly, but not exclusively, Pinoy toy and figure collectors.

As stated on their site:

The OtaKai Figure Society aims to be a “universal hub” in providing information for upcoming anime figures, to enthusiasts and collectors alike…This is achieved through the collective efforts of all the members in searching, cataloging and providing related backgrounds on various figure releases…The society also aims to promote the “awareness” of buying authentic figures and collectibles instead of “bootlegs”…

The name of this community is based on two words: – “Otaku” which describes people who have interests and hobbies related to japanese anime, manga, videogames, anime figures, j-idols and the like…- “Kaibigan” is a Tagalog word which translates to “friend” or “comrade”…
Thus, “OtaKai” stands for “otaku friends”…

The society was founded by a group of friends who share the same interests and hobbies, primarily anime figure-collecting…Built on the foundation of “comraderie”, OtaKai strives to achieve two ideals: “community” and “transparency”…As a community, the opinions and ideas of all members are not just “heard” but also “recognized”…Through transparency, we aim to administer and moderate the forums openly and with accountability…

It is a relatively new bulletin board but it now boasts 192 members and fast counting (thanks to the sign-up done at the latest anime/manga/toy conventions held recently in the metro). Not surprisingly, our very own Kyam and Akutenshi are moderators. And don’t forget the enterprising, VT, who’s not only one of the forum’s Sakura Moderators, but also a rising star in figure collecting and merchandise! 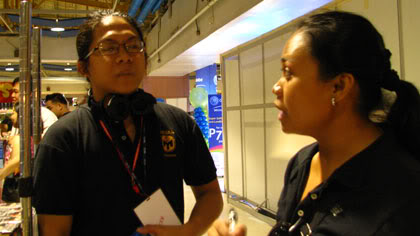 I caught up with Master VT on Day 2 while he was busy manning their side of the booth (with Akutenshi and other forum members) – the other side belonged to 2Rats.

After some small talk about trade secrets and whatnots, VT and I ended up reverse-haggling over a hand puppet I wanted to buy. Some more teasing and laglagan later, I became a brand new owner of Sgt. Keroro, now dubbed as official Sugoi Epal: 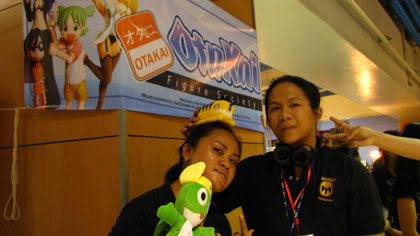 Here a few more pics of the Otakai having fun: 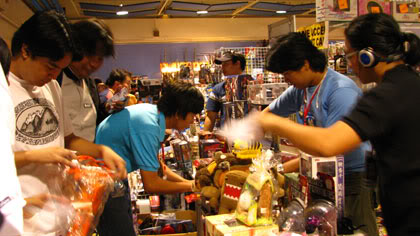 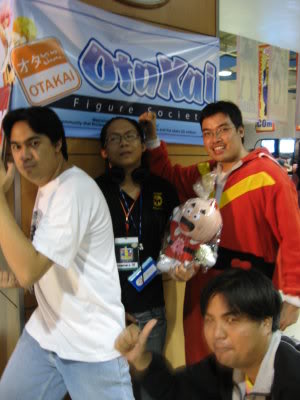 … and at play! Photo courtesy of Akutenshi 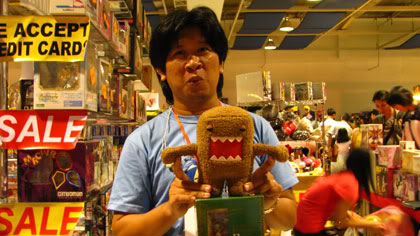 Akutenshi holding a potential gift (which shall be dubbed as “R. Burger”) for Dyosa 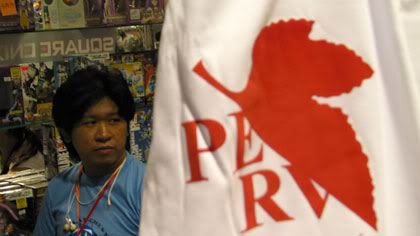 The shirt with Akutenshi on the background. Contact VT and co. for the shirts!