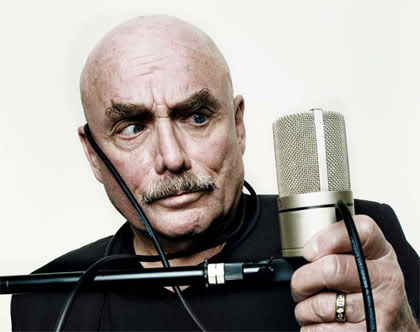 Oh what a way to start my Sugoi Stuff posting routine. Sad, sad, and un-sugoi news indeed. Being movie (and trailer) fans, we’d like to say farewell to a man who has undoubtedly affected our lives on way or another – Don LaFontaine. For those unfamiliar with the name, he’s the man behind the voice of many of the movie trailers and commercials we’ve seen in our time.

Irony of all ironies, the guy died from complications from a collapsed lung. He was 68. But in his lifetime, LaFontaine voiced more than 5,000 trailers and 350,000 commercials. Among the familiar ones include voice-over work for the Terminator 2 and The Simpsons movie trailers.

I couldn’t imagine watching another chunk of trailers in the movies without hearing this guy’s voice. His voice really cuts through everything. The sound effects. The music. The crunch of the popcorn. He really is The Voice.

View the tribute video to the guy after the cut.