Superhero Hype just came out with a couple of pictures from the Iron Man 2 set.

This first one shows Robert Downey Jr. (who play Tony Stark/Iron Man) looking over a mock-up model of some place. Can’t quite make out the details but it’s supposed to be the plans for the Stark Expo complex. 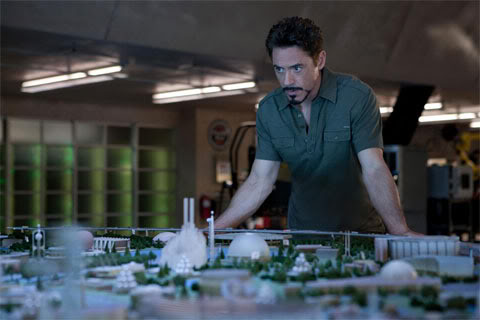 This second one shows him working on his computer. Visible behind him are his armor suits! These include the original Mark I armor, the tattered Mark III armor from the last movie, a new one which looks like a pretty streamlined and stripped-down armor. We’re expecting War Machine in this movie so feel free to speculate what’s with silver Mark II costume. 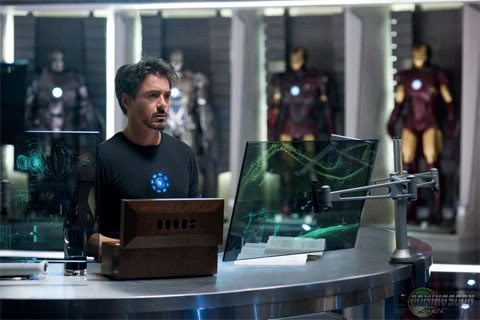 Accompanying the pictures are some juicy tidbits from the set that hints on what can be in store for us in the movie like the blueprint for Captain America‘s shield and a map of Antarctica. Iron Man is considered as a buildup for the other Avengers movies set to be released in 2011 and 2012.