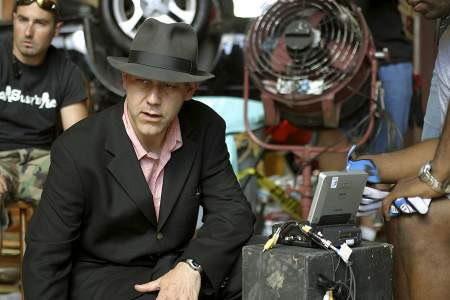 Get ready folks, Sam Raimi has been tapped to direct the movie based on World of Warcraft. How’s that for a slobberknocking geek sucker punch?

The guy who brought us the Spider-Man movie trilogy will jump into yet another geek fest. He’ll be sitting in the Warcraft movie director’s chair right after he wraps up the shooting for the 4th Spider-Man installment.

Blizzard is looking to milk their cash cow even more with this move. Usually, films based on games suck but who knows what magic Sam Raimi has in store. Maybe he’ll be looking for payback after not getting the helm for The Hobbit.

Aside from the Spider-Man films, Raimi’s resume includes The Evil Dead and The Quick and the Dead.