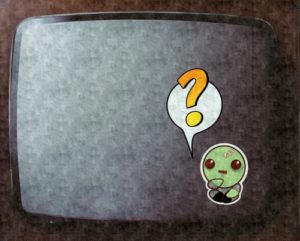 It’s been probably a year since I’ve last watched any anime. I think it was the summer batch of 2015 shows and I only had the chance to follow a few episodes of Akagami no Shirayuki-hime. I was pregnant then and had the habit of falling asleep in the middle of watching anything. A few months later, motherhood took over and I found that K Dramas were more to my fluctuating hormones’ liking. All that wrist grabbing and frozen fish kisses suddenly looked appealing.

But since I insisted on resurrecting Sugoi Stuff, I decided to check out what the fall batch of 2016 shows has to offer. I usually get my information from Anichart so I went there and then yikes!

First time I felt so overwhelmed by the number of new pickings! I had always been up to date with anime news so I would usually have already weeded out the “uninteresting” ones even before the pilots were shown. I probably shouldn’t have done this on a whim this time around. But since I already did, I might as well get through with it. Personally, I like slice of life and the occasional shoujo so I decided to look for those and maybe start with something more familiar.

So for this season, I’ve decided to focus on the following shows: 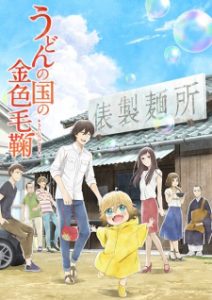 Udon no Kuni no Kiniro Kemari. Image from My Anime List

Udon no Kuni no Kiniro Kemari

Souta Tawara is a web designer working in Tokyo. When he visits his family’s Udon place in his hometown Kagawa Prefecture, he discovers a young boy. Upon confronting the boy, Souta soon learns his secret and decides to quit his job in order to take care of the boy, Poko. The daily adventures of the two slowly enfold as Poco energetically navigates his way through Kagawa, the “Udon Kingdom,” along with Souta. – MAL

The synopsis and the drawing remind me a bit of Barakamon, which I enjoyed immensely. I love slice of life seinen plus the promise of seeing udon is enough to make me want to check it out. 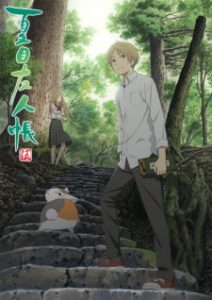 Natsume’s just an ordinary kid, except he can see spirits, just like his grandma Reiko could. Reiko, though, used to bully the spirits, and bound them to her will in the “Book of Friends.” Now that Natsume has inherited this book, a never-ending stream of spirits is coming after him. With the help of a spirit “cat” (who really just wants Natsume to die so he can have the book), Natsume spends his days dissolving the contracts that bind the spirits and trying not to get killed. – MAL

This one holds a bit of nostalgia for me as I have seen all of its seasons until now. I will watch this one as well out of loyalty if nothing else. I must admit the spirit of the week often scared me but I watched it for Natsume and his “cat.” 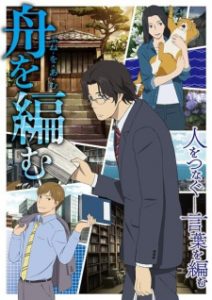 The publication of a new dictionary titled The Great Passage progresses. Mitsuya Majime, originally from publisher Genbu Shobo’s sales department, has been recruited by Kouhei Araki, a veteran editor of the dictionary department who is looking to retire soon. The dictionary department is known internally as the “money-eating insect,” but Mitsuya uses his perseverance and attachment to the words in order to become a great editor. Mitsuya, who has poor social skills, finds himself working with another man named Masashi Nishioka, who is able to express himself better. – MAL

Apparently this anime is adapted from a best-selling Japanese novel (which as been adapted into film in 2013). A slice of life about reading and publishing may not be the most exciting plot; but for someone who loves reading and languages, it sounds absolutely perfect.

To date, the shows are already on their third or fourth episodes. Sigh. I have a lot of catching up to do! Now when to binge watch in between my K Dramas and going to Gymboree classes, that I don’t know.