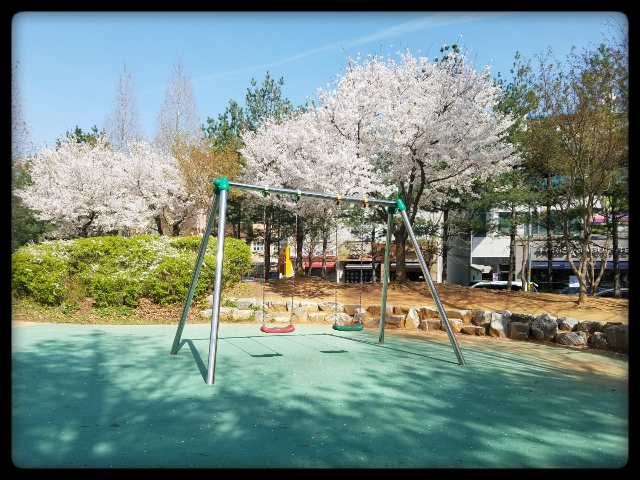 It’s Spring here in South Korea! Or so they say. The weather is a bit bipolar with some days a little bit warm and others still wintery cold. But, if there is anything that signals the coming of spring here and in Japan, it’s the appearance of sakura or cherry blossoms!

Cherry blossom trees on the streets

Last time I’ve seen any was about sixteen years ago. The university where I went to hosted a hanami (cherry blossom viewing) party for us exchange students. It involved sitting on mats beneath cherry trees with some drinks and food served – in other words, a picnic. However, the cherry blossoms decided to bloom early that year so whatever flowers we enjoyed were mostly on the ground.

Hanami has been in practice in Japan since the 8th century. However, it started much later here in South Korea as some accounts say that it was first done during the Japanese occupation when Yoshino cherry trees were planted at the Changgyeonggung Palace in Seoul.

This part of history is a delicate subject among South Koreans; so it is quite understandable that there were instances after the war that cherry blossom trees were even cut off to remove any remembrance of that bitter era.

It’s only been much recently that cherry blossom viewing has become popular. In fact, South Korea has also become an alternative to Japan for hanami enthusiasts, and there are cherry blossom festivals held in the country every year. 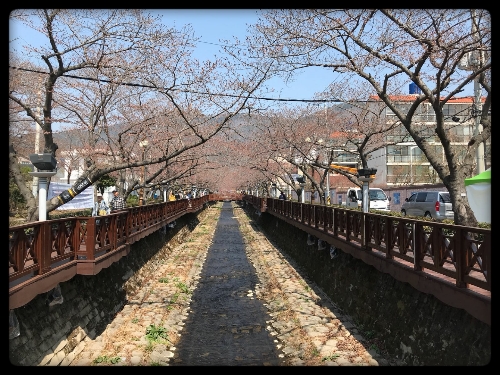 It was in late March that we decided to travel to Busan. We passed by Jinhae, known for its annual Jinhae Gunhangje Cherry Blossom Festival. Unfortunately we were about five days shy of the actual festival date and there were very few trees in bloom. 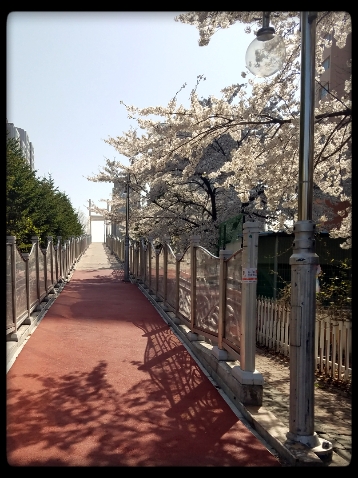 Cherry blossom trees along a bridgeway

We thought we would have to wait until next spring when a few days after we got back home, we were surprised to find out that the trees along the sidewalks by our apartment complex are actually cherry blossom trees!

I am so grateful to be able to see such a beautiful sight even for if it’s only for the two short weeks that the flowers stay in bloom.

How many, many things

They call to mind

-Basho and translated by R.H. Blyth