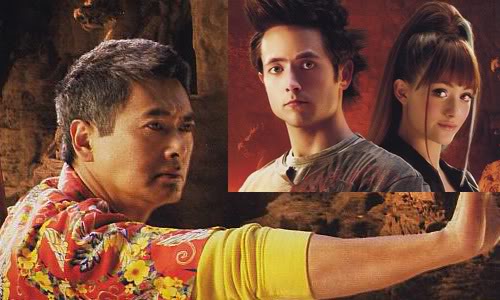 In case you haven’t heard, there’s a live action Dragonball movie in production. We thought it’ll be a Japanese production, but it turns out it’s a Hollywood one which makes it worse.

I don’t know about you, but I’m apprehensive about this movie due to a number of things. The possible deviation from the original storyline (which I loved), the non-Asian main actors, or the possible warning lights of “phail“.

What’s sugoi about this one? Well, it has Chow Yun Fat in it and Stephen Chow is producing. But I really don’t know if it’ll ease my apprehension enough.

But knowing my affinity to trainwreck situations, I might be updated on this one more than I could hope for your pleasure or torture, whatever the case may be.

The rest of the known cast are Justin Chatwin as Goku, James Marsters as Lord Piccolo, and Emmy Rossum as Bulma.

More details at DBtheMovie.com, if you want.