When you hear the tag line “May the Force be with you”, obviously Star Wars comes to mind. Most of us have seen all six of the movies, while some went as far as to collecting anything there is that has Star Wars in it.

And if these people are yet to touch a video game controller, then they may want to get themselves either a Sony PlayStation 3 or a Microsoft Xbox360 and play Soul Calibur 4 when the game hits the shelves mid-2008.

“What does Soul Calibur 4 have to do with Star Wars,” you ask? Well here’s what. Remember Soul Calibur 2? Did you know that there was a guest character for every console version of the game? There was Spawn for the Xbox, The Legend of Zelda‘s Link for the Gamecube, and Tekken‘s Heihachi Mishima for the PS2. If you are not a fan then I bet you wouldn’t know.

Let’s cut to the chase. The developers at Namco Bandai had just outdone themselves by entering the lightsaber-wielding Jedi Master, Yoda, and the Sith Lord, Darth Vader, into the fray; with permission from LucasArts, of course.

You don’t believe me? Then look at these. (Click picture to enlarge) 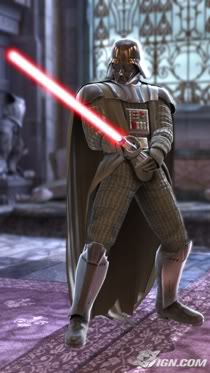 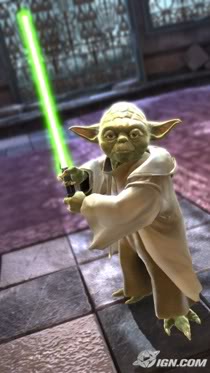 Now, I hope you believe me…What!? You still don’t? Then look at these too. 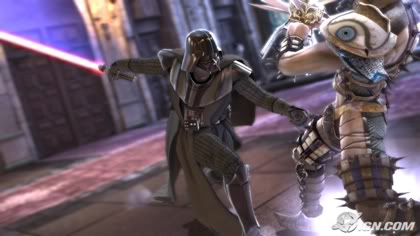 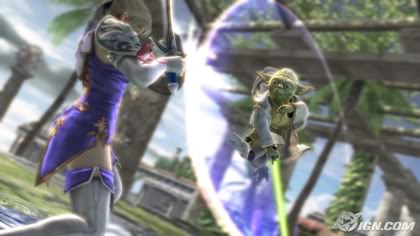 You see? You see? I guess these are enough to make you believe.

So far, no biographical information has been revealed for both Darth Vader and Yoda, that’s why their involvement in the story of SC4 is yet to be known.

Also, a new character, Hildegard von Krone (or simply Hilde) is slated to debut along with the two guest characters. And so far, the confirmed returning characters are Mitsurugi, Ivy, Taki, Siegfried, Raphael (no, not the Ninja Turtle), Astaroth, Cassandra, Sophitia, Yun-seong, Seong Mina, Maxi, Tira, Voldo, Yoshimitsu (nope, this Yoshimitsu is different to that one from Tekken) and Nightmare. Apart from these characters, SC4 director Katsutoshi Sasaki mentioned that Create-A-Character is also available in this upcoming game.

I’ve read this one from Wikipedia, but they say Heihachi is also returning, but after checking today (February 8) they removed that one; so that news really was bogus.

I wonder how the Soul swords will fare against the lightsabers.