Home » Crafts and Hobbies » Preview: Mortal Kombat vs. DC is a bad idea

Preview: Mortal Kombat vs. DC is a bad idea

When we hear of the phrase Mortal Kombat, only one thing first comes to mind: Fatality. Even Capcom can admit that this concept featured in MK challenged the supremacy of their Street Fighter.

The Fatality became a major innovation in the genre of fighting games, that it made MK gain its current reputation: it was deemed too graphic and disturbing that it caused major uproars from concerned citizens, especially parents.

Ironically, I think it was also thanks to MK that the ESRB was founded, and the ratings body gave it an M (Mature) rating. This had seemingly stopped MK from being released in the arcades, but it instead spread in the privacies of our homes.

But enough about fatalities: let us deal with the topic at hand, shall we?

I wasn’t thrilled when I first read about an article confirming the release of the cross-over game Mortal Kombat vs. DC Universe. Who would want to see their favorite superhero, say Batman, get “finished off” anyway? Perhaps those gore fans would. And speaking of Batman, A promo video has been released pitting the Dark Knight against Earthrealm’s “cryomancer” Sub-Zero. 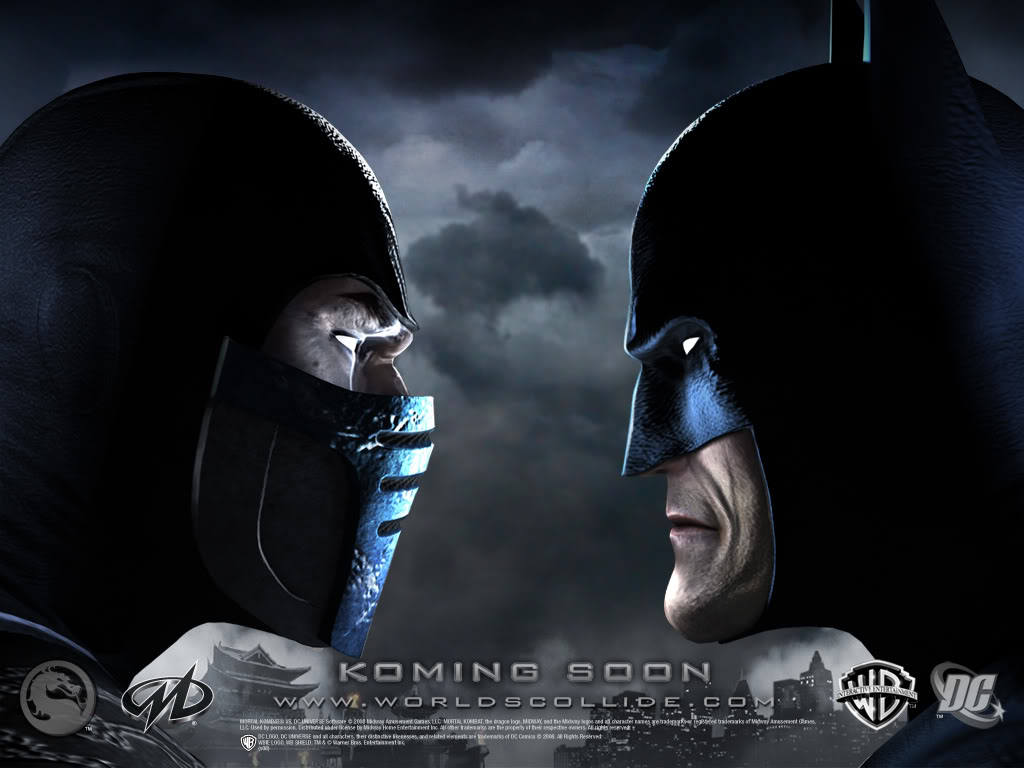 Now that it’s been said, we go back to fatalities. MK creator Ed Boon says that there will be no fatalities in this cross-over. they’ve replaced the Fatality system with a finisher system similar to it to keep the game under the T-rating. They have also toned down the abilities of DC heroes (that means Superman can get hurt) to “normalize” or “equalize” the characters.

I say that MK vs. DC is a bad idea from the start. I can’t classify MK as a video game anymore, but as a genre that has evolved itself from our conventional games. DC would have been better off crossed over with Marvel or Capcom, or perhaps SNK. Just for the record, SNK’s King of Fighters characters have gained their reputations in the fighting game world too.

Check out http://worldscollide.com for more on the upcoming game.

Mortal Kombat vs. DC Universe is scheduled to be released fall of this year.

Wait, we don’t have fall in the Philippines, do we?