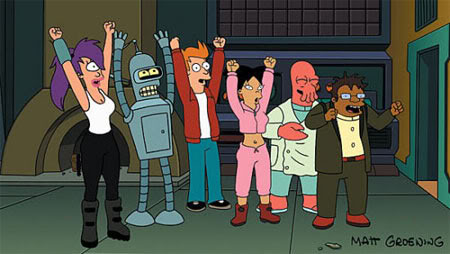 Good news, everyone! Well, sure Futurama is set for a 26-episode deal meaning Matt Groening and David X. Cohen‘s work will again give us some 31st century laughs. However, doubt was cast on the return of its original cast.

Rumors were abound in Comic-Con that the veteran Futurama voice cast failed to reach an agreement with producers on pay rates leading everyone to believe that a new cast will be hired to work on the comeback series.

However, Newsarama scooped up some info from the Toronto Star that says that a compromise has been reached between the original cast and the producers and a contract has been signed.

We still have to some other sources confirming this to fully celebrate but knowing that Futurama will be back is a treat in itself.