Home » Crafts and Hobbies » Care for a different kind of Kiss?

Care for a different kind of Kiss?

For manga (that’s Japanese comic book for the laymen) enthusiasts out there, there’s a brand new haven for you just lying in the heart of Makati City. I excitedly present to you – Manga Kissa 10! I don’t exactly know whom to thank, but by golly jeez! I never thought there would be an authentic Japanese manga cafe here in the Philippines just an MRT (and jeepney) ride away! 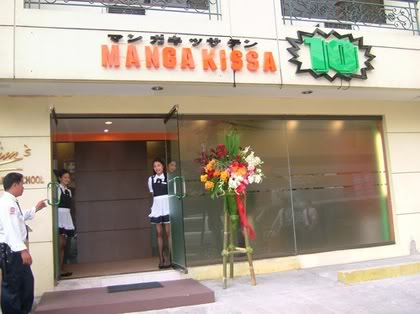 Care to be enticed? 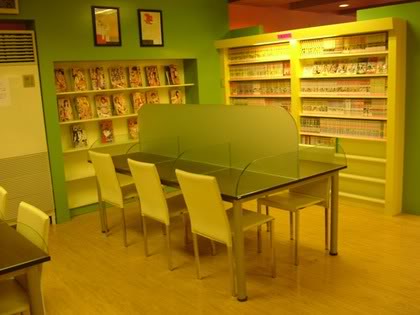 Now to get there… 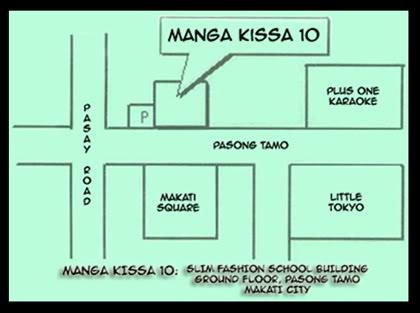 Team Sugoi actually got there via MRT. We got off at the Buendia station (took the South bound exit) and took a jeepney (there’s a terminal across the street from the MRT station). We got off before the intersection between Buendia Avenue a.k.a Sen. Gil Puyat Avenue and Pasong Tamo. We crossed the street and got on the jeep with the Mantrade MRT sign. The cafe is on the right side so be attentive, but you really can’t miss it with its huge orange sign.

NOTE: Please read vizard’s comment below for an alternative route. Thanks, vizard! 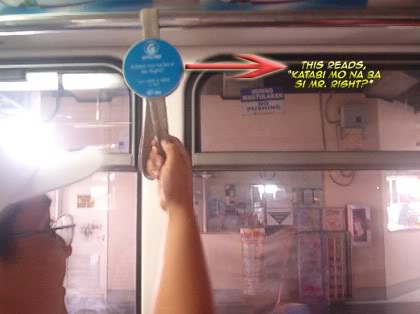 F.Y.I. Akutenshi_13 was standing right beside Alex. I wonder what would their respective girls say about that, huh? 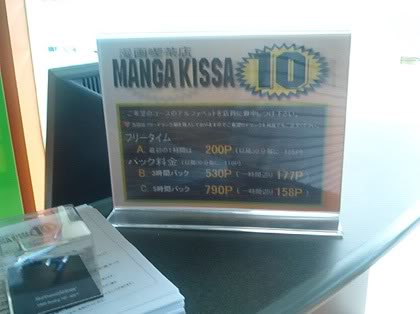 Personally, I think the price is a little steep for the average Pinoy manga fan, even if there is a drink-all-you-can service. You can have all the juice (apple, pineapple, orange), tea, coffee, water, and mini pretzels you want since its part of the fee (the pastries you have to pay for separately)! Oh, and not to mention the waitresses in maid uniforms ! And to our delight, they also curtsy as they serve! The guys (yes, even us girls) had hoped that they would say, “Go shuujin-sama,” but perhaps the “maids” thought we would find that bit a little weird. But nothing is weirder than us. Alas, of course they didn’t know that bit. *Insert manic laugh* 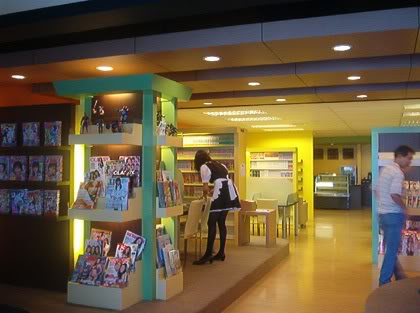 Too bad that man is facing the other way…

Anyway, I guess the target market is really the Japanese ex-pats who reside in the neighboring subdivisions or those who work in the yuppy district. Almost all the reading materials are in Japanese (except for some Philippine-published mags), so you really have to know how to read kanji to make it worth your money. Aside from that, majority of the manga cater to the males (shounen manga). Miss Irish said that the shoujo manga (think Harlequin, Sillhouete, Mills & Boon in comic book format) will be coming in next week. Apparently, female customers have been pouring in their requests.

I have a request of my own though, I hope they also get some manga in English. There are a lot of Pinoys out there who would love to fully avail of the cafe’s services but very few can read kanji (good thing I can read a bit). If anyone from Manga Kissa 10 is reading, please do consider this. Trust me, Pinoys will flock to the cafe.

NOTE: Check Manga Kissa 10’s comment below. They assure us that they’ll be getting English titles too, and soon! Yey for us and yey for them! Thanks, Manga Kissa 10! 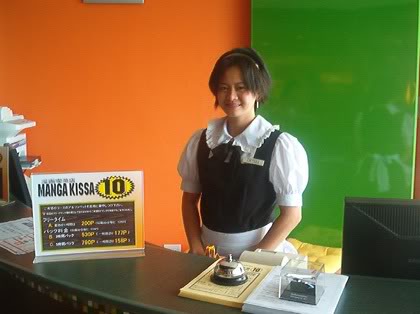 Fortunately, they do encourage people to just have a look-around minus the reading and the refreshment, of course. 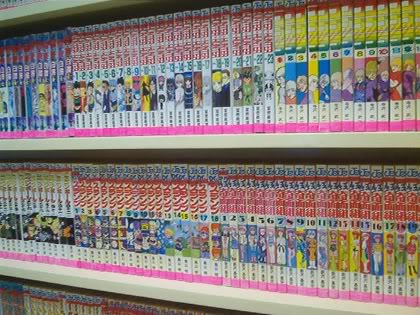 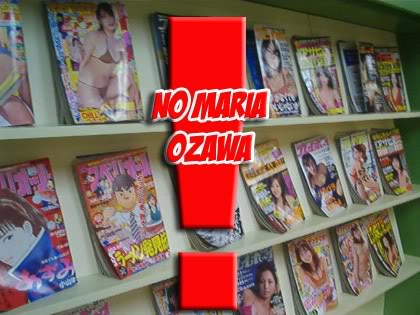 One of the waitresses said that sometimes there are people who would go in just to use the computers for web browsing. I almost forgot! The computers can also function as DVD players. They do have a small (but growing) collection of DVD’s, just in case a customer gets tired of reading. Neat, huh? 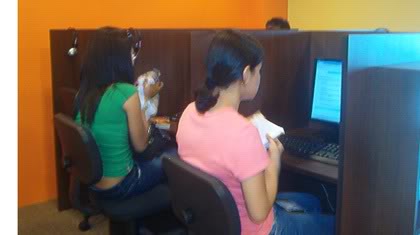 And here are the F.o.T.S (Friends of Team Sugoi)! 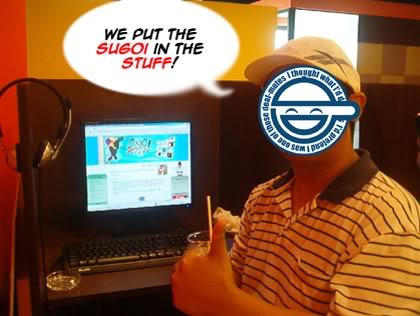 We put the what in what?! 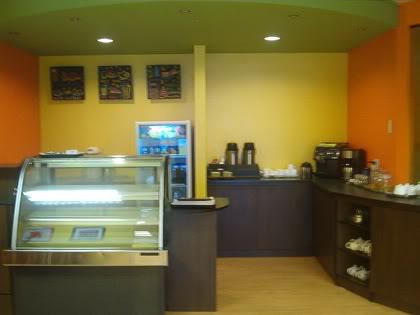 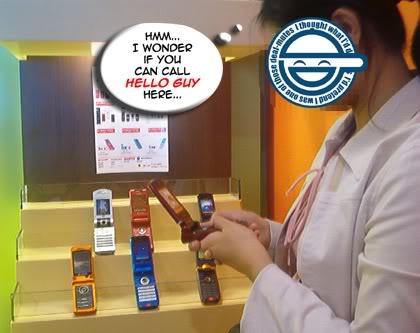 You can also inquire about Vodafone units here! 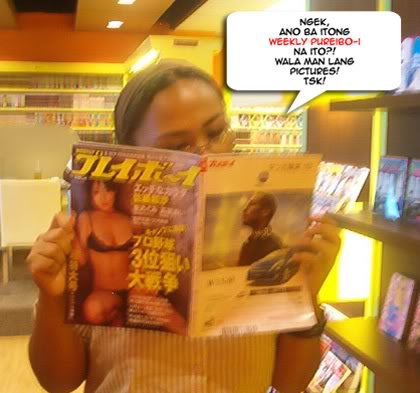 What is Flori reading? Oh wait, I am Flori! 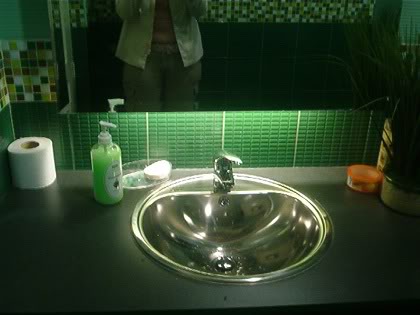 We girls are sticklers for a clean bathroom… and we were not disappointed! You cannot get rid of Sugoi! Beware… it’s everywhere! 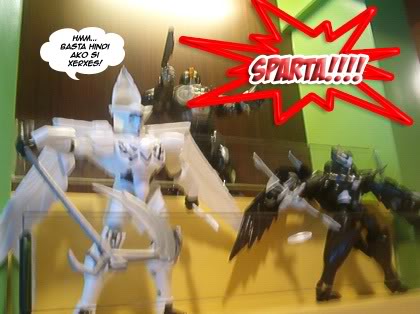 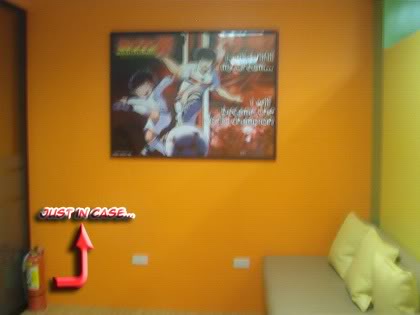 And the cafe has a smoking area too. Mind the fire extinguisher! 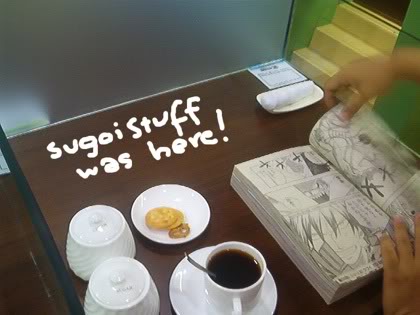 Hope you get the chance to be there too!

Some photos were taken from Manga Kissa 10’s Multiply site.