I am getting old. Why I forgot about yesterday being White Day is beyond my comprehension.

Alright, folks this news is LATE! 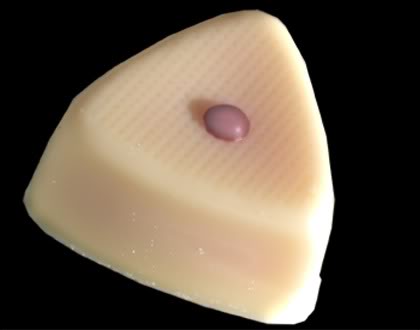 Valentine’s Day in Japan is a two-part deal. The first falls on the usual date of Feb 14. But unlike here in the Philippines (and in most countries), it’s the ladies who painstakingly make their own chocolate treat (or for the lazy ones, there is always the option to just buy) to give to guys. The boys who are in the “friends zone” get the less elaborate ones. Usually, the most special of treats is given to the guy the girl likes best. Some girls, who are too shy to express their admiration or love, grab this opportunity to confess their feelings.

Part 2 comes on March 14 (yes, yes… it was yesterday). This time, the guys who got chocolate on Part 1 (and who are also sensitive and gentlemanly enough) get to return the “favor.” They can actually give stuff other than chocolate (i.e. cookies, candy, etc.), but the most popular choice is of course, white chocolate!

Japanese girls who “confessed” to their crushes on Valentine’s Day anxiously wait for White Day to come. It is common to think that if these boys like them back, then they would also give something equally elaborate and probably an admission that they also reciprocate the feeling.

Can you imagine waiting for a month before knowing if a guy likes you? Oh hoho! I know of someone who’s been waiting for years! Hehe… Sino kaya yun?

I was told that this two-part chocolate-exchange deal was actually started by confectioneries in Japan in around 1965 to boost up sales. Of course the girls loved this romantic though commercial idea, so until now it’s still popular. I even heard that White Day is starting to catch on in Hong Kong, Taiwan, and other neighboring countries.

When I was in Japan, I was able to give generic store-bought chocolate to the males I knew. Since they knew that I was not going to stay long enough to experience White Day, most of them also gave me stuff on Feb 14.

My first year back home, I also gave chocolates to my male friends. I wasn’t expecting anyone to return the sentiment, but exactly a month later, lo and behold – a few of the guys gave me white Toblerones! And I thought I was a hardened cynic but I almost cried. I was that touched! No wonder these Japanese girls love the tradition!

Hmm… come to think of it, maybe I’ll have a little two-part Valentine myself next year. Care to join me?