The Gospellers and Howie D. collab

I know it has been a slow week. Well, what can I say, sugoi news are hard to get these days. This one amused me though:

The popular Japanese acappella group Gospellers has collaborated with Backstreet Boys’ Howie Dorough for a single to be released this October. The song, as made chismis by Sankei Sports, is titled as “It Still Matters – Ai wa Nemuranai.” 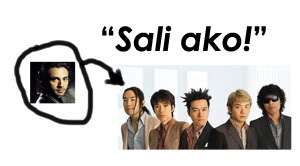 I like the Gospellers. I was never really a fan of Backstreet Boys. But we’ll see about this…