Home » Crafts and Hobbies » A coverage of Ozine Fest 2008

It’s been a week since the storm called Ozine Fest 2008 had calmed down. It was held last April 5 and 6 at Megatrade Hall 2, SM Megamall, presented by Otakuzine Anime Magazine and Lineage II.

Just like any other conventions, you would expect a lot, and I do mean a lot of cosplayers roaming around and outside the venue. I went on both days to document the sights and sounds (not to mention the scents) inside the hall.

WARNING: I will not only be describing the event; I will also share some critiques regarding it. 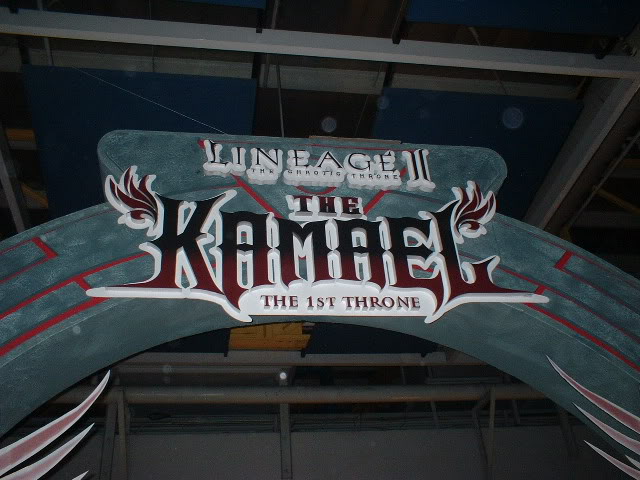 The first booth that caught my attention was the Lineage II booth. They were endorsing their latest game patch: The Kamael. As I read from their brochure, The Kamaels are a one-winged race, and are a new set of class in addition to the Human, Dwarf, Elf, Dark Elf and Orc races. I don’t play too much online games, let alone Lineage II; but judging by this description, they are somewhat cloning Final Fantasy VII’s resident bad guy Sephiroth. 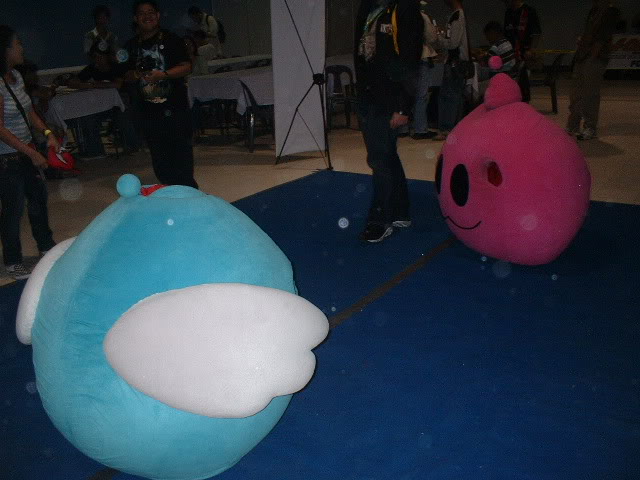 Then there’s the Level Up! booth, who also had a table and a set of computers. But aside from that, their main attraction was the Poring Sumo Challenge. A pair would engage in best-of-three sumo rounds; and whoever won got ID laces or Ragnarok Battle Offline installer CDs as prizes. I got to wear the suit four times, and won each match.

At the left side of the stage, near the cosplayers’ lounge was the Yakult Basketball Challenge. I also got to participate in the 2-Ball and Slam Dunk Challenges. (Yep, I dunked: the first one got in but I was dissatisfied, so I made a re-dunk which failed.) The participants were given a bottle of Yakult each. It was supposed to be a contest, with the winner getting gift packs from Yakult, but instead we were given “consolation prizes”.

Other booths are those from co-presenters and sponsors Toy Kingdom, Comic Alley, PSICOM Publishing, Yoshinoya, Creativoices, among others.

One much-awaited contest was the Battle of the Bands. This one took most of the time saved for the group cosplay, as some participants exceeded the time allotted for them. If I were one of the judges, I would disqualify them immediately.

Also, there was the Karaoke Singing contest. I think the eliminations went along just fine, but I saw problems when semi-finals came. The main problem that I saw was that the semi-finalists were made to sing the full karaoke versions of the songs they were singing. The DJ didn’t bother “cutting” the songs, and as a result, the group cosplay that was scheduled at an earlier time was delayed for minutes. If it wasn’t delayed enough, thanks to the bands. 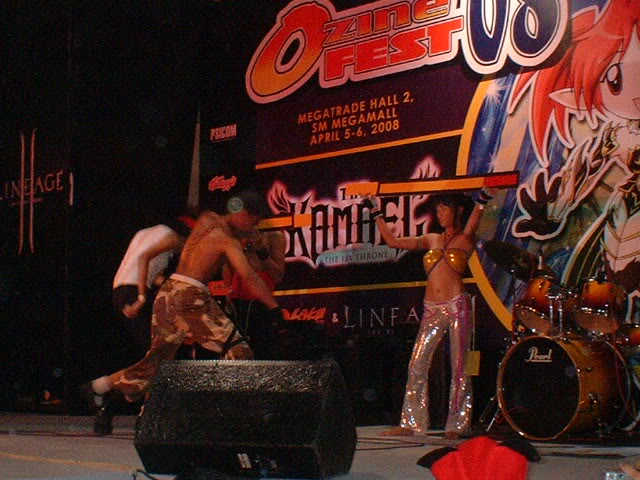 Now we move on to the main attraction: cosplayers. There were two categories: Solo/Individual and Group Cosplay. I should criticize them for holding the group cosplay on Day 1. I don’t know the cosplay protocol, but ever since I knew cosplay, “solo before group” had been the way things go. Nevertheless, the fans were all ecstatic.

Loud pops were heard for Hard Gay and Odagiri (of Gokusen Live Action) cosplayers: Hard Gay for the charisma, while Odagiri for the resourcefulness (i.e. He used a fan with Odagiri’s face on it as a mask). 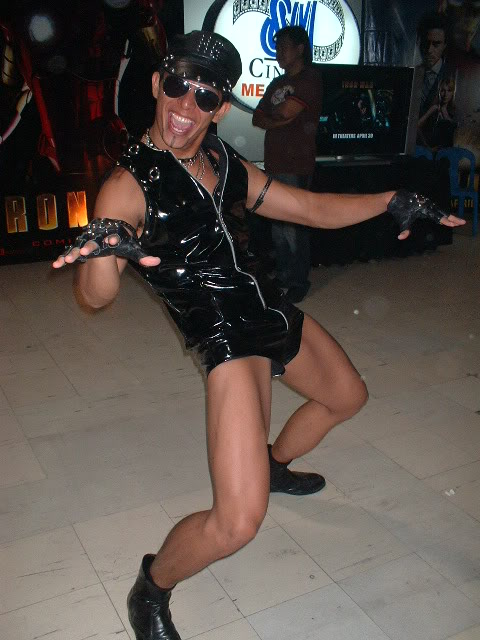 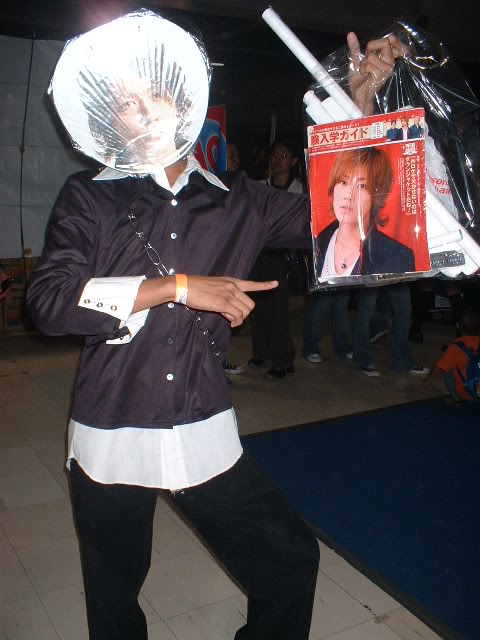 Those two days were worth it despite the balmy aura, but it wasn’t electrifying enough. The best consolation that you would get was to have pictures taken with cosplayers of all heights.

As for me, the thrill of walking barefooted inside Megatrade Hall 2 was enough. By the way, I cosplayed as SvC Chaos’ Mr. Karate. Ask no more.

I don’t know if you can call this self-advertisement, but check out my Multiply website for the photos I took on those two days.