ToyCon 2008 in the eyes of a correspondent/cosplayer

First of all, let me say that the 7th Toys, Hobbies and Collectibles Convention was, or is, SUGOI!

I went on both days as a cosplayer, not knowing that correspondents from Sugoi Stuff would discover my presence. Tough luck for me, but enough about that; I will use this opportunity to chronicle my exploits and experiences as a cosplayer on those days.

My first main objective was to take a lot of pictures of cosplayers and everything to see inside the venue. I wasn’t really serious about cosplaying, but since all of my companions were registering, I entered as well. I wanted to take as much pictures as I can, but I only managed to take a few thanks to the raucous crowd who instead want to take pictures of us.

I went on Day One wearing the costume of the King of Fighters’ Ralf Jones. I was skeptical about wearing Ralf’s costume because his vest was originally colored green, but I just thought to myself that it’s a color swap. I tried my best to portray Ralf correctly, and thanks to my friend Fidel who cosplayed as Resident Evil 4’s Jack Krauser (mutated form), I get to sell my character in front of the audience. Heck, I even saw myself on QTV’s The Beat! 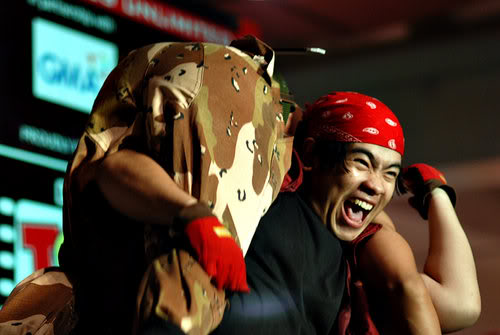 Day Two was the day for the group cosplay competition. I went there as Barry Burton of Resident Evil fame, along with my friends Mel, Fidel and Sheila, who cosplayed as Rebecca Chambers, Chris Redfield and Jill Valentine, respectively; the survivors on the events of the first RE game. 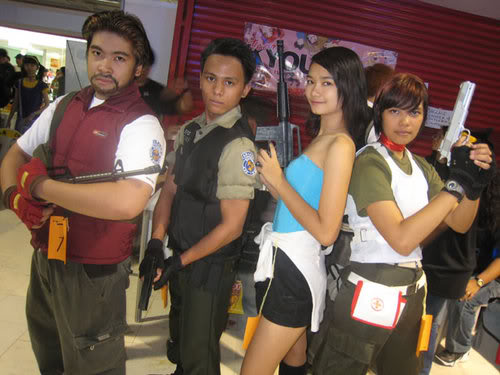 While meeting cosplayers is already a given, making friends with them is a different case. You’ll be lucky enough to be remembered by fellow cosplayers, especially by those who were there before you.

Well, that’s it. This blog seemed to be written on a personal level, but if I didn’t then I wouldn’t be able to relive the experience that ToyCon 2008 has made me go through.

Call this post a columnar article, if you will.

Click here for the photos I managed to snag.