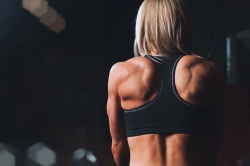 We’re Back! Photo by Scott Webb

That’s me, Flori, returning hopefully with some bad ass-ery.

It’s been what? Seven years since the last article was posted and nine years since Team Sugoi launched this blog. Back then, the members of TS were fresh out of college and were just forging their niche in their respective chosen career path. We thought that we could share our collective geekery and nerdiness to the world wide web and decided to create this small virtual “tambayan” of sorts. For some time, it was indeed the case. We happily scrounged the internet and the physical world for interesting news. We even at times got out of our introverted shells and attended conventions, concerts, and festivals to dish out the most sugoi of stuff.

But then real life took over. As we got older, our jobs, and yes, even our love lives took over and the definition of what Sugoi for us also changed – it became project management skills, financial security, housekeeping, parenting, etc. But despite our so-called “maturity,” the geeks and the nerds in us simply could not be contained. We still fangirl/fanboy over news, attend cons, buy and collect toys, engage in geek debates – we’re just not reporting about them anymore.

And here I am many years later, trying to resuscitate this blog although goodness knows how. My writing skills are rusty. My time is now devoted to being a wife and a mom and I only fangirl on the side- not to mention I live on the other side of the world. I am excited though and curious about what kind of sugoi stuff an older and hopefully wiser me will be dishing out. I hope you guys will try to stick around so we can all find out together.