Home » Crafts and Hobbies » Who needs another Mortal Kombat movie?

Who needs another Mortal Kombat movie? 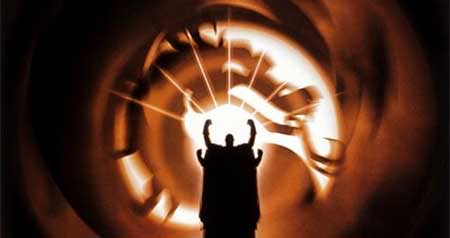 I have to admit that, as a kid, I was into Mortal Kombat and who wouldn’t be with all the blood and gore previously unknown to gaming. “Finish him!” became a buzz word among gamers. But many incarnations later, it suddenly lost its novelty. I have to admit that starting with the third game, I’ve grown tired of it. And also with the offshoots of the franchise.

The first movie, on its own, was a big disappointment. So is the second. And so is the TV series. Yeah, local networks even preyed on “Ui, Pinoy!” mentality by hyping the Mortal Kombat TV show with Paolo Montalban as Kung Lao. Never mind if the last time you saw him was with Brandy in Rodgers & Hammerstein’s Cinderella as the prince. But I have to admit that, in hindsight, that it was a total waste of TV time.

Now word has it that they’re planning to do a reboot of the franchise through a new movie. Oh come on!

If they are planning to do a Batman Begins or Casino Royale with this one, they better think twice. Batman did it very well with Begins even if the previous movies were disappointments (What’s with the pointy-nippled Clooney Batman?) proving that shit can indeed be turned to gold. But I guess that’s different. Even with Christopher Lambert reprising his role as Rayden, he’s nothing to Judi Dench’s M in James Bond.

Here’s what the director Chris Morrison has to say:

Todays audience is a savvy involved group so the film must be A plus plus in every area in order to capture the magic of the first film. It is taking the entire concept to the next level across the board in every area visual design, story, cast, FX, photography and most importantly the fighting scenes. The original Mortal Kombat game was born a child of many visual loves by the creators at midway so this latest version borrows heavily from that pioneering spirit and must be thought out and executed at the highest level in order for it succeed in today’s market place. This is no overnight task.

Sheesh. Do you believe that? Even Dead or Alive, with all the hot mommas was so crappy, they’ve sent it straight to DVD. (Uh, yeah, Jaime Pressly is already a momma.)

If they’re planning a theatrical release for this one, I bet “savvy” movie audiences would just wait for it to be available via torrents before they put down hard-earned money for a ticket and a pop corn especially since they’ll be basing the story from the beginning of the game’s storyline (Oh god, not Liu Kang and Johnny Cage again! Oh and Sonia built like a tank, ugh!) Gamers who’ve enjoyed the first game are well into their lives now to be encouraged by kung fu moves. Nostalgia wouldn’t be enough to win back Mortal Kombat fans with this one.