Home » Entertainment » The Big Bang Theory: The future for Penny and Leonard

The Big Bang Theory: The future for Penny and Leonard 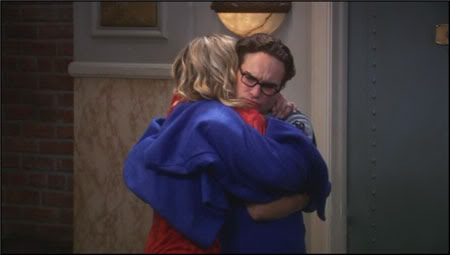 If you’ve been wondering what’s in store for us when The Big Bang Theory returns for their fourth season, then here’s one big spoiler for us all – Penny (played by Kelly Cuoco) and Leonard (Johnny Galecki) will hook up!

If you’ve been wondering what the heck was that cheesy Penny-Leonard bit during the Season 3 ender, then that’s just that – a build-up for what will happen after the four get back from the Arctic.

TV Guide Magazine has indeed confirmed it. “[w]e’re going to pursue a relationship between these two characters. After the dance they’ve been doing for two years, it’s the right thing to do,” producer Chuck Lorre told TV Guide.

Quite frankly, I now hate myself for looking at that piece of news.