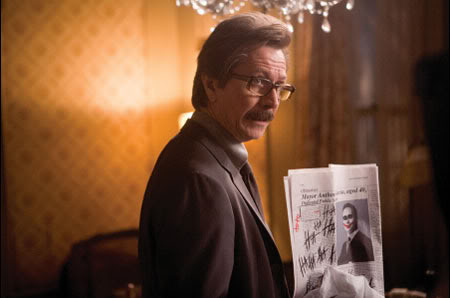 The Comic-Con in San Diego ongoing and there’s already a lot of leaks, hints, and previews that would make a lot of overzealous geek fans’ brains melt.

The panel Book of Eli included Gary Oldman and instead of pimping the Hughes Boys film (the cast of which includes big names like Denzel Washington, Michael Gambon, Mila Kunis and Ray Stevenson), Gary dropped a nukie of a geek dookie – the third Batman movie will begin filming next year.

Holy crap, Batman! This is huge new indeed. After getting steamrolled by awesomeness in The Dark Knight, fans are content on waiting even a couple of years for the next installment. Still, rumors have been around regarding a third installment but most can be dismissed on the account that there’s no script written, director tapped, or cast drafted to back the claim that the project has been greenlighted.

But this is Oldman hinting on it. Being the Hollywood professional, we don’t think that he’s just saying this to earn some cheap pops. There most likely is some major development regarding The Dark Knight sequel.

Whether Nolan will be back, we’ll just have to wait on more news.