Home » Gadgets and Technology » NHL 2K10: Shoot while down on the ice teaser

NHL 2K10: Shoot while down on the ice teaser 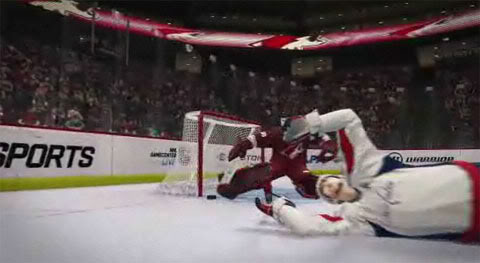 EA Sports has hit some pretty awful ruts in their games (probably with the exception of NHL and FIFA titles). Any decent gamer would go for the 2K titles. The level of realism and fluidity and accuracy of the animation in the 2K titles are just awesome.

Now with the new sports season coming in a few months, you might be asking what improvements can these sports games will offer. Take hockey for example. Will the game eventually feature some of those amazing stuff that players are doing in real life. Stuff like Alex Ovechkin’s goal scoring while flat on his back. Well, NHL 2K10 is teasing that feature in this game teaser trailer.

It would be interesting to see this actually found in the game play.