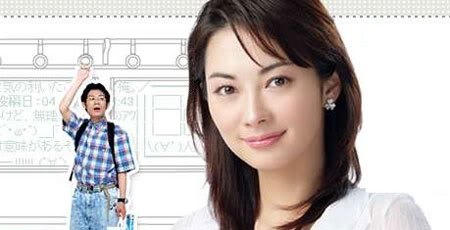 It’s quite interesting that more often than not geeks and Valentine’s usually just don’t mix. I just don’t know if we here over at Sugoi Stuff are just geeky enough since most of us aren’t single. Still, for those who had a chilly Valentine’s Day, at least some of us can relate to the plight of being geeky and lonely on Valentine’s. But do we really have to rub it in? Hehe.

Who’d want to date an otaku anyway? Let’s face it. Not all otakus can be as sweet and endearing as Densha Otoko. The otaku profile isn’t an interesting prospect for some hot Valentine’s Day/Night escapades, right? Who’d want to be seen a pimply-faced and obese/wafer-thin geek in a baduy get-up, right?

Okay, so enough otaku bashing for now and let’s try to look at some upsides to dating one.

Otakus have lots of money to spend. I’m not saying that otakus are rich people. I’m just saying that when it comes to spending, they would surely have funds to burn. They might not be investing on the usual stuff but ask them how much they spend on anime, manga, games, gadgets, model kits, and other geek stuff and you’d find out that they can buy you a few bottles of Cristal.

There will be no silent moments. Ever had those awkward dead air moments in dates. Well, you won’t have one with an otaku. Unlike wind-up toys where you need to twist the key a few times, all you have to do is ask them one simple question: “What’s your favorite anime/manga/game/gadget?” and follow it up with “Tell me about it.” Oh, prepare yourself for hours of endless chatter where they give you every episode detail, production facts, and even other trivia about the dog of the cousin of the voice actor of this minor character.

You’ll have their attention for the duration of your date. So aside from their moms and sisters, you are probably the only other woman in this. Tired of dating guys who glance at other females with bigger boobs? Otakus won’t do that to you. But be prepared to take second spot to his moe-object (anime/game characters whom he fancies). Cosplay as that character would make you his personal goddess.

They’re harmless. Oh don’t worry about date rape with most of these guys as these would probably have the sexual predation instincts of a amoeba (which means, when it comes to sex they often rely on no one else but themselves). And chances are, if they try to do something, a quick punch to the face would be enough to knock them down. Hours of doing nothing but watch anime or play games never develop their arms or hips to harm a fly.

It’s a good investment. Remember that with their obsessive-compulsive nature, they can be borderline geniuses. Take the Bill Gates and Steve Jobs for example. They’re geeks and yet, they’re rich. Provided that they be given some direction, otakus have the ability to make it big. When that day comes, giving him a good memory of a good date might prove beneficial.