What can I say people love sugoistuff! Thanks to Kirby Agudelo of Tokyo’t Baboy and X versus Zero for some corrected info and the additional pictures! 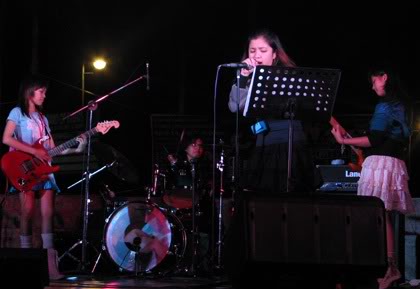 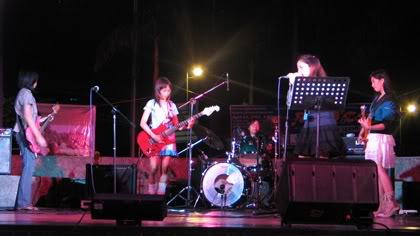 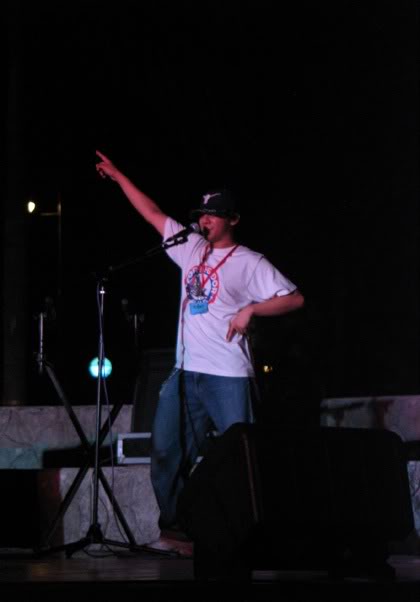 PPF All Stars got me gawking at them. Very talented group of people here! They had this musical-chairs going on with their instruments. Amazing! Too bad we weren’t able to get more pictures. Better luck for us on Ongaku Rewind! 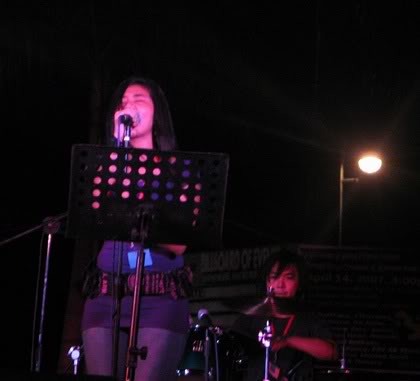 Ethereal Anthem was an audio-visual treat! The guy-folks looked quite cool in their identical shirts which perfectly set off their vocalist who was wearing a cute pink number. Hmm… it was actually like looking at two sets of performers. The band can be awesome on their own and their vocalist can also make it as a solo performer. Weird huh? But it worked, I tell you! 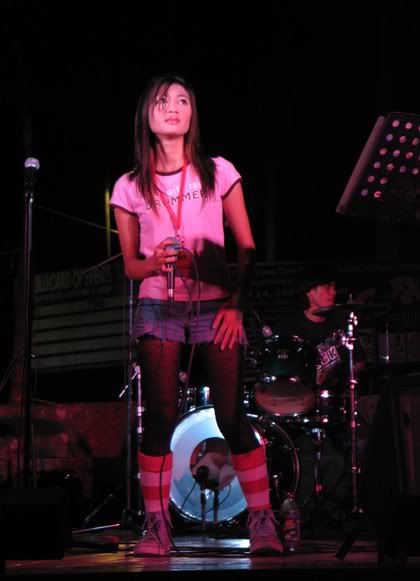 7Thvrsday is one of the pioneering Pinoy J bands, and they always seem to get better with every performance. Their extra original song thrown in their play list that night was a very pleasant surprise. This guys will make it big. I can just feel it! 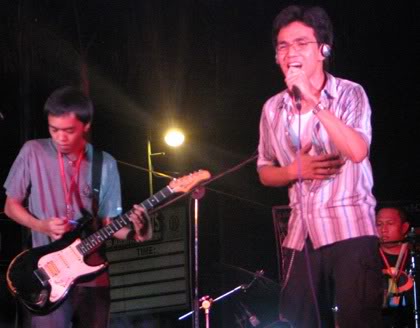 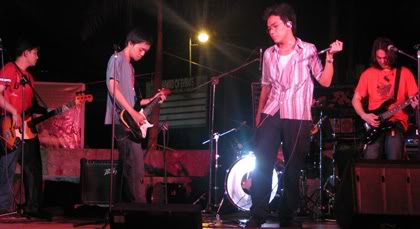 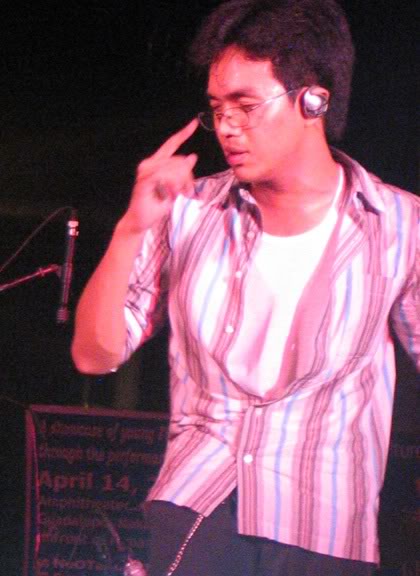 There is definitely nothing stupid about Do’Ahou. For one, theirs is the most intense performance I have seen that night. It is always a joy seeing these guys rock, and I mean ROCK. 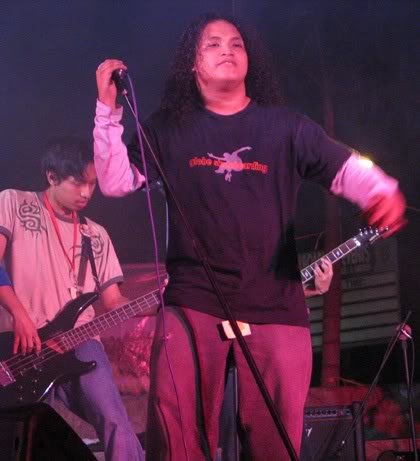 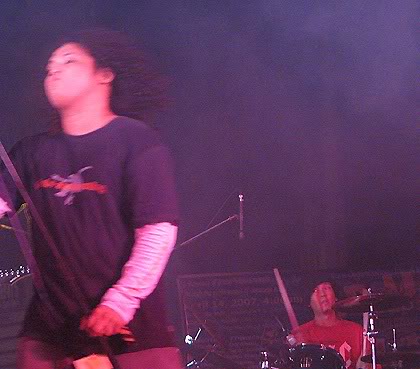 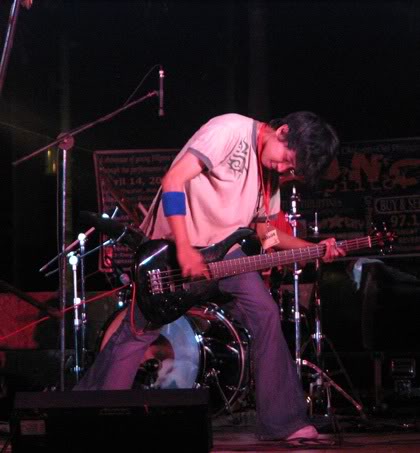 The fireworks display was an added bonus. But the guys and gal of NeOtaku
did not need pyro-stuff to light up the night. These guys are pro’s when it comes to burning the house down. 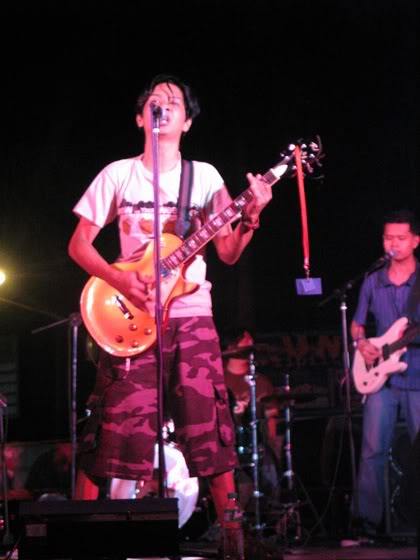 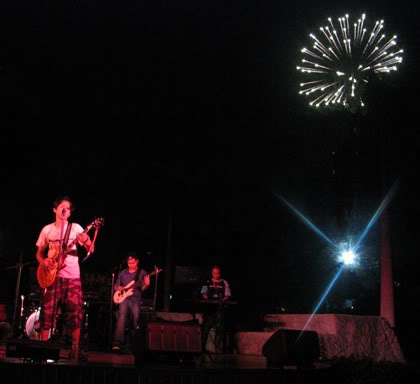 I will make it up to these guys next time. No snagged pictures of X versus Zero on my next post about them. I thought Shin looked so J-angas
enough in his J-inspired frock to bite the screaming fan girl in front (was that moi?) but boy, was I surprised. The guy was not only a stage veteran, but he was also nice to boot. Remind me that it’s not the clothes that maketh the man. Although, they do help in maintaining the band image. Coolness! 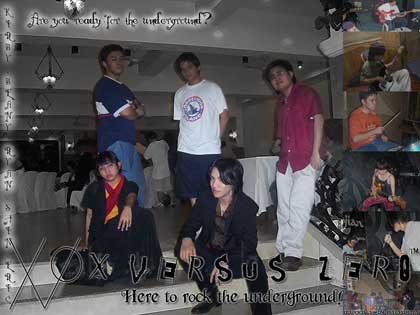 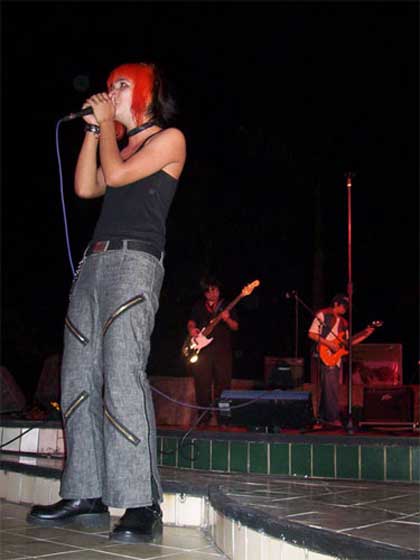 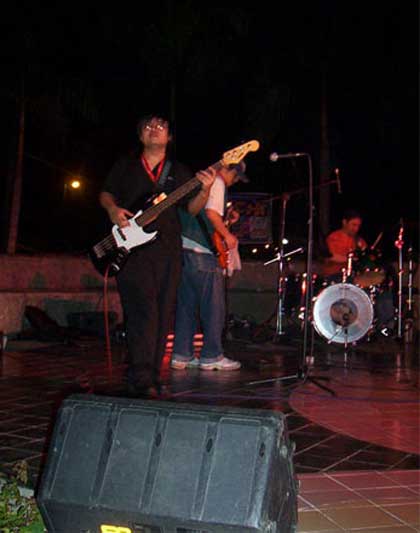 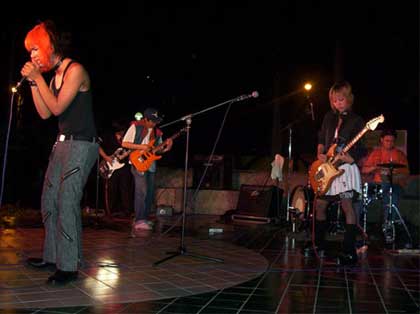 Some peekchurs courtesy of Ninjulius. Thanks to Shin, the vox of X Versus Zero and Rotch of OngakuSociety for allowing me to snag some pictures off the forum.