Home » Entertainment » No more movies for you, young Padawan

No more movies for you, young Padawan

Some time last week, rumors that George Lucas is going to make more Star Wars movies came about. Either to the ire or glee of Star Wars fans, the rumors are said to be unfounded, a case of confusion, perhaps, to the CG animated show, Star Wars: Clone Wars. 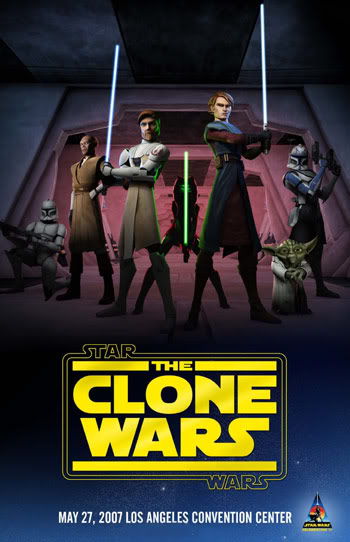 Sources say that Clone Wars will be more for adult. Probably because the real fans are getting really old by now.

I’m not that big of a Star Wars fan. I think the prequels were travesties. Hayden Christensen totally ruined it, IMHO. They just made me want to see Harrison Ford reprise his role. The only consolation with the prequels for me would probably be Samuel L. Jackson.

Oh yes, if there’d be a nuclear war, we could all go to Endor. Ewoks speak Tagalog anyway.