Home » Entertainment » Leah and her “cat”

Leah and her “cat”

Showbiz is as showbiz does. 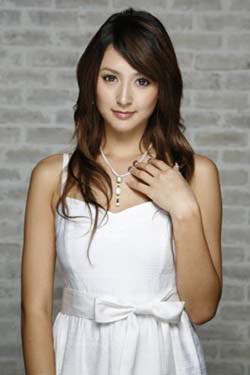 Leah Dizon was first introduced in Sugoistuff through this post. Why is she sugoi stuff anyway? Well, except for the obvious aesthetic reasons, Ms. Dizon is, after all, 1/4 Pinoy and a rising star in Japan.

Despite her kawaii look above, the lovely Leah is no stranger to scandals. I remember the stir that was caused by her old “nude” photos back when she was still a model in the United States. The photos neither went well with the image she is trying to project as an idol in Japan, nor with the cosmetics company that made her endorser of their popular shampoo line.

Japanese tabloid magazine, FRIDAY, ran a story regarding Leah Dizon and her management agency’s president’s son (whew) as she was “observed” to have been in the man’s apartment many times. Leah’s agency’s answer to this rumor? Well, she was just visiting her cat, which the sachou‘s son is pet-sitting for her since pets aren’t allowed in the idol’s apartment. More in the Sports Hochi article.