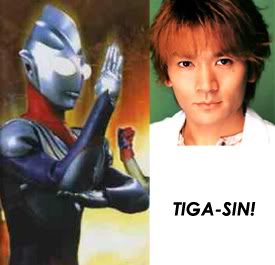 Following his 2000 film, “Ultraman Tiga: The Final Odyssey,” Hiroshi Nagano of V6, will reprise his role as Ultraman Tiga. The movie will be under the helm of Director Takeshi Yagi. Aside from Tiga, seven other Ultraman (Ultramen?) will be included, the identities of which are still unknown. The title of the film is said to be “Daikessen! Cho Ultra 8 Kyodai” and will be released next year.