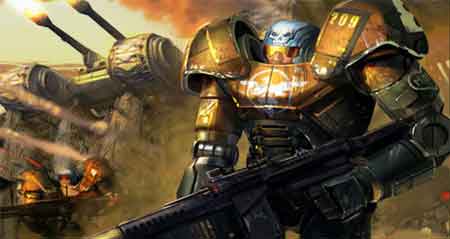 I was an avid gamer back in the day when I had a kick-ass, top-of-the-line Pentium MMX 166 desktop running on Windows 95. A few upgrades later and Windows 98, I was enjoying playing the then popular strategy games and one of the landmark games then (just before Starcraft redefined everything) was the Command and Conquer franchise.

And the latest news is that they’re going to give the FPS genre another shot with Command and Conquer: Tiberium. Here’s a bit from the C&C Support Forums.

According to Game Informer, the C&C FPS, “Tiberium”, is to be set 11 years after the end of the 3rd tiberium war. You’ll play Ricardo Vega, a Used-to-be- retired GDI field commander. I’m not going to rewrite the article, so just think of it as GRAW + Battlefield + R6: Vegas in the C&C Universe.

Okay, so this isn’t the first time C&C has gone FPS as they did it a while back in 2002 with “Renegade” and it wasn’t something that everybody ate up. In fact there were mixed reactions to it. Personally, I didn’t even bother myself with C&C after that Red Alert phase.

However, with the gaming market at its most competitive (or maybe not since EA has been buying everything), they got to have something really amazing if they plan to get into the FPS mix with top titles like the Halo franchise and (my favorite) Call of Duty line.

Oh well. I guess we just have to have more details about this then.