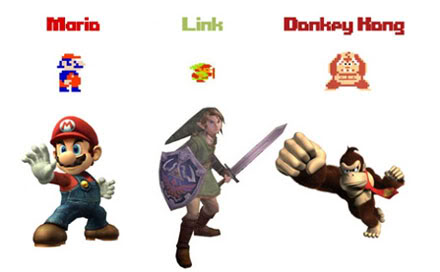 If there’s one thing my girlfriend and I love, it’s those good old 8-bit Nintendo NES/Family Computer games especially Super Mario, TwinBee and Battle City. Gimme those old Megaman/Rockman cartridges and I’m good for a day or two.

Anyway, revisiting those games are quite tricky, unless of course you still have an old NES lying around. Or you get those compilations of old classics for the PSP and DS that are quite popular. Rigging modern day controllers even offer just a bit more oomph to the gameplay. Ever used the analog stick to play TwinBee? Quite responsive, I tells ya.

In for a great nostalgia trip? Here’s graphic representation of the evolution of good old Nintendo characters – Mario, Link, and Donkey Kong. 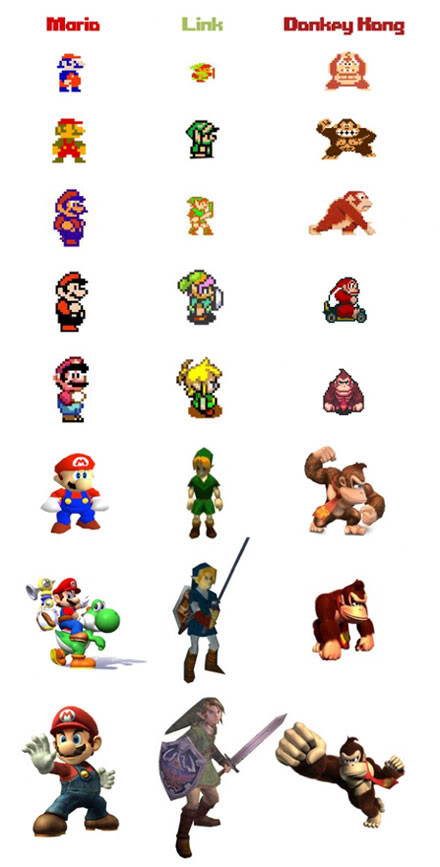