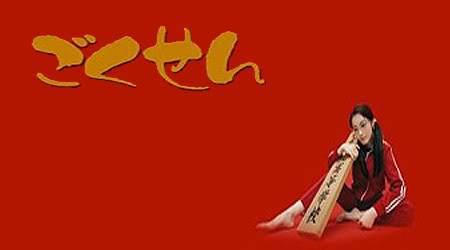 NTV will roughen up its Spring drama showcase with the triquel of its popular school drama – Gokusen.

Nakama Yukie will reprise her role for the third time as Yamaguchi Kumiko a.k.a. Yankumi – the granddaughter of a Yakuza boss turned high school Math teacher.

About 600 young actors initially auditioned for the various roles that will comprise Gokusen 3‘s unruly class. It was trimmed down to 300 for the interview. The following six would play the lead protagonists (or rather, Yankumi-antagonists):

Takaki Yuya (of Hey! Say! JUMP) will play the lead. He will be joined by fellow JE boys Nakama Junta and Kiriyama Akito of the group, B.A.D..

The other three are Miura Haruma (as Shiraishi Ryo in Binbo Danshi), Ishiguro Hideo (as Yabuki Taku in Gokusen 2), and new comer Shohei Miura.

Gokusen is based on an equally popular manga of the same title and was created by Morimoto Kozueko .