Home » Entertainment » Small mercy: Jon Favreau to be back for Iron Man 2

Small mercy: Jon Favreau to be back for Iron Man 2 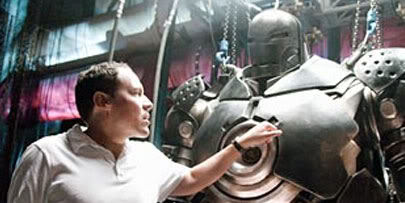 When it was first rumored that Iron Man 2 will lose Jon Favreau at the helm, I started to think that the second installment wouldn’t be the The Dark Knight to Batman Begins. That the whole Iron Man movie franchise would break into pieces and succumb to the same fate as the Matrix trilogy. But yes, thank God for small mercies, Jon will be back.

You see, the best thing about Jon was that he gave Robert Downey Jr. a lot of slack on how to push the Tony Stark character. Any other director (with a prima donna complex) would have stymied Downey. And we could all agree that Downey’s performance pretty much gave life to what could’ve been nothing but a CG explosion fest.

Joining him in the creative team is Tropic Thunder‘s Justin Theroux (What’s up with the French-y surnames?) and reprising their roles in the sequel are RDJ, Gwyneth Paltrow, and Terrence Howard. Hopefully War Machine finally makes his debut (at least as a moving character).