Holy cow! Megan Fox is starting to be the ultimate Queen of the Nerds. After her stint with the Transformers franchise, she’ll be back next year as a hottie in a western harlot’s costume in Jonah Hex. And just look at her in this movie poster!

If you’re not a fan of dark and brooding anti-heroes, then maybe Megan’s presence would entice you to endure this comic-book-based flick. But come on. Josh Brolin‘s playing the title character and if we can expect more of the same of him (No Country for Old Men and Milk), then this will be a good movie. 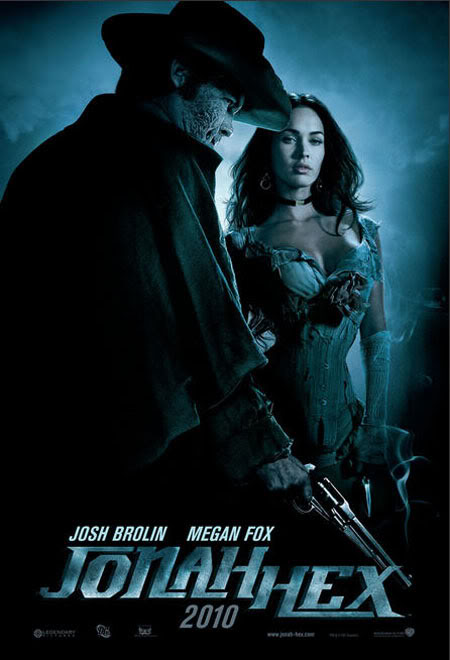 It’s Comic-Con in San Diego by the way and movie outfits have made public several movie posters including this one.