Just three days ago we at Sugoi Stuff posted about the return of Street Fighter. To recap, the January issue of Electronic Gaming Monthly (EGM) reported that Street Fighter IV will be released on the next generation of video game consoles.

So far, the old (or should I say classic) characters who were confirmed by EGM to return in this game are Ryu, Ken, Chun-li, Dhalsim. Also, in this game will debut a new character, Crimson Viper.

But that’s not all.

Apart from the four confirmed returning characters, E. Honda, Guile, Blanka and Zangief will also return. Plus, the second new character, Abel, is slated to debut. 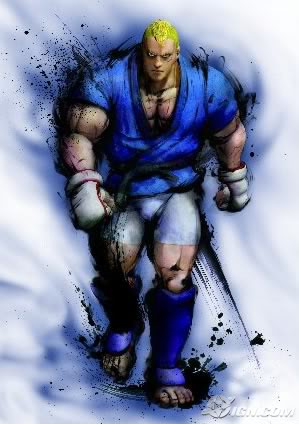 As far as I see it from the screenshots, Abel’s fighting style seems to be an amalgam of Vale Tudo and American kickboxing: a mixed martial arts of sorts, to have a safe guess. “A man without a past”, it seems to me that this Abel character can be likened to Tekken‘s Bryan Fury and Craig Marduk combined. 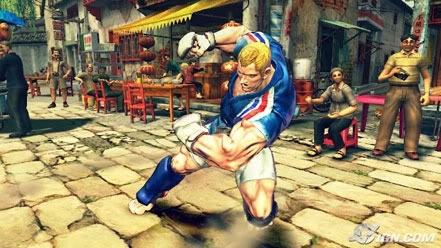 Although named Street Fighter IV, storyline-wise, it is the prequel to Street Fighter III; this somewhat create a ruckus in the gaming community, since it defied the numbering. This also made fans wonder how will it become a transition period between Street Fighter II and III, since any one of the characters from SFIII are not confirmed to appear as of late.

When it comes to gameplay, SFIV will feature 3D-rendered characters and backgrounds while retaining the traditional 2D fighting, thus creating a 2.5D effect. Producer Yoshinori Ono once stated that he wanted to keep SFIV closer to its prequel, so they dropped the parrying system from SFIII. Also, SFIV will debut a new system temporarily called Saving, and in addition to the series staple Super moves, this game will feature Ultras. Online play will also be available.

Street Fighter IV will hit arcades sometime this year, and later on the PS3, Xbox360, and the Wii.

Endnote:
If I were involved in the development of this game, I would add add characters from Rival Schools into this game. It wouldn’t hurt their budget, would it? And after all, it’s been a decade since the release of that game.