Home » Entertainment » Filipino Playboy to launch in April, but no nudes

Filipino Playboy to launch in April, but no nudes

Good news: The first Filipino edition of Playboy will hit the stands on April 2.

Bad news: There will be no nudity. Well, that is, if you really consider it a bad news.

Veteran journalist Beting Laygo Dolor says that the Filipino Playboy will be launched as an “adult lifestyle magazine”, aimed at a more mature readership compared to FHM and Maxim, which they classified as “lad magazines”. 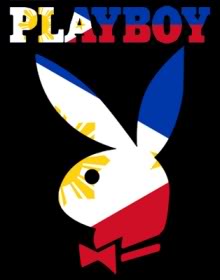 This will be the 25th international edition of the more-than-five-decade-old US-based magazine. It will feature articles and fictions from best-known writers, and it will include the Playboy staple “Playmate of the Month”, Laygo Dolor added.

While it will feature photos of beautiful women, it will not, I repeat, not include nudity. “It will be tamer than the US edition but not as tame as the Indonesian edition,” he says.

The root of this “no nudity policy” originated from its strong opposition in the conservative groups, and most of the time, people who distribute such material end up getting charged with criminal offenses.

Mr. Laygo Dolor’s statements somewhat mean that this Playboy will be more mature than other related magazines. Let us just wait and see if what he says is true.