The March issue of WWE Magazine rips up, smashes, hammers and ignites the Road to WrestleMania XXIV – which is precisely why this special edition needed not one, not two, but FOUR covers! Which one is your favorite?

This is the tag line WWE.com used to brag about WWE Magazine‘s latest “special-edition” issue, which is available with Batista, John Cena, Triple H and the Undertaker as your choices for your magazine “cover man”. Then again, WWE urges you to collect all four covers. 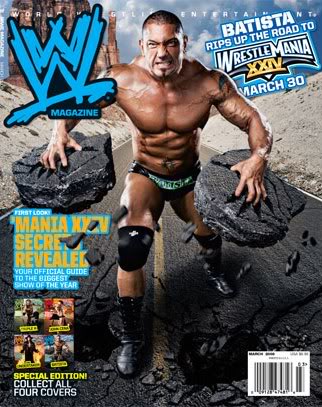 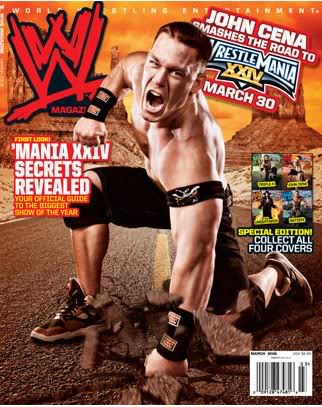 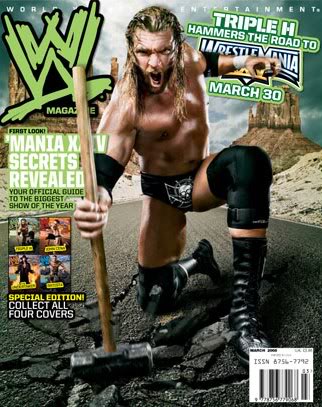 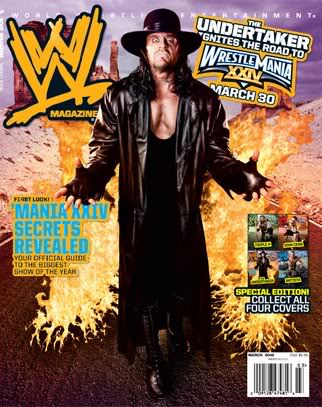 WWE.com has a poll running, with the question being what your favorite cover is among the four. So far, Batista’s is the fan favorite, followed by Cena’s, Undertaker’s and Triple H’s. Of course, with the poll still online, these rankings are subject to change by you, the fans. That is, if you are fans.

WrestleMania XXIV goes live on pay-per-view and in high-definition on March 30 at the Cirtus Bowl in Orlando, Florida. As far as I know, Solar All Access and JACKTV will also show it via satellite through cinemas in participating malls.

These issues had probably been sold out at magazine stands in the US, and I won’t get any of these four for my shelf anytime soon.