No, I’m not talking of a sequel to Resident Evil: Extinction, because they would probably never make a part four anyway. (Well, if they did, I’ll just wait until it comes out on DVDs.)

I’m talking about Resident Evil: Degeneration, the first full-length CG animation feature based on the video game series of the same name. According to Wikipedia, it’s currently in production, and it’s slated to make its theatrical debut October 2008 in Japan, and come in DVD and Blu-Ray in America later this year.

The story takes place in 2005, seven years after the Raccoon City incident. Bioterrorists manage to unleash the T-Virus in a busy airport, threatening to cause another outbreak. This forced the local law enforcement to lock down the airport, and four hours was given to Leon S. Kennedy (yep, THE Leon S. Kennedy) and others to neutralize the situation or the T-Virus will spread across all of America. 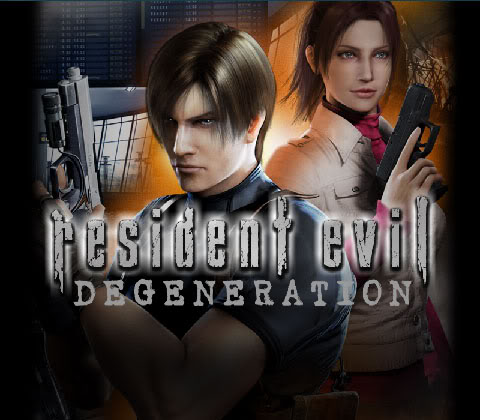 Aside from Leon, Claire Redfield is also confirmed to appear in this movie, and they will continue where they left off in Resident Evil 2. Paul Mercier and Alyson Court will reprise their roles as voice actors for Leon and Claire, respectively.

This movie looks promising, and I think gamers who closely followed the video game series will surely watch this movie. I was pretty let down by the live-action Resident Evil trilogy because the roles of the video game characters which they put into the silver screen were somewhat played down in favor of their original character Alice. Well anyway, that’s just coming from the point of view of a gamer, because I always have the tendency to compare a movie based from a video game to the video game from which it was based.

Well anyway, a teaser video of the movie is online, and you can watch it from their official website, or by searching YouTube with keywords “Resident Evil Degeneration”.