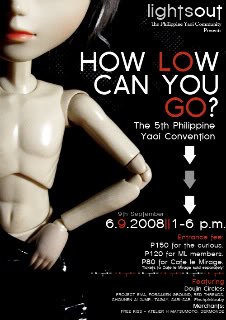 Last Saturday, yaoi fans flocked to the UP Ikeda Hall/Balay Kalinaw for the annual convention organized by Lights Out ML. I have always planned to go this? event and since Kyam can’t cover this event, I (more than) willingly went in her place and wrote this article.

The gates were supposed to open at 1pm but I arrived an hour late. I initially thought they haven’t started the event yet by the length of the line of people waiting outside, but apparently they did open on time, it’s just that there were lots of people waiting to get in. I was in line for an hour before I was finally able to buy a ticket and by then the tickets for the Cafe Le Mirage butler cafe have been sold out. That was the one thing that really piqued my interest but I knew I would find a way to get in somehow… 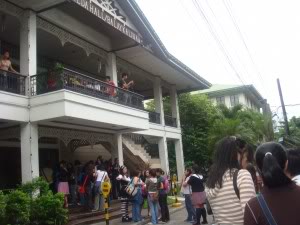 I was finally able to get in and the place was really bigger than last year’s venue, but given that the crowd has swelled to more than twice the usual attendees it was really packed. I talked to Roch, one of the organizers, and? she said they? initially expected just a 120 or so people to come but they had more than 300 people inside already, not to mention the ones still lining up outside. They had to send people away by 3pm, mcuh to their regret.

I started wandering around the venue and the first thing? I saw was the yaoi manga library. The selection was really extensive but I didn’t linger too long there. In the middle of the room I saw several booths selling all sorts of stuff like shirts, shoes, various clothes and accessories…and of course the staple yaoi doujinshi. 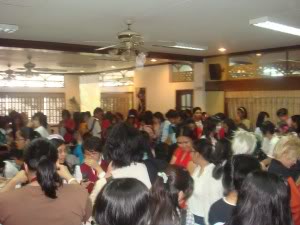 the inside of ikeda hall 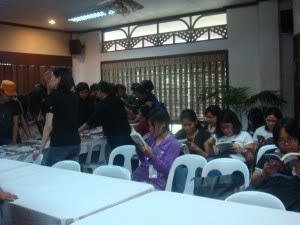 On the other side of the room was the film showing area and that’s where I opted to stay, since it was cooler and had less people than the rest of the place. They showed several titles which were pretty interesting, but I felt bad for the guys inside the venue. I think I forgot to mention that there were (surprisingly) a lot of boys for the usual yaoi convention, and it made me wonder if they knew what they were getting into when they stepped inside. Anyway, it felt like my first time to watch yaoi all over again as the crowd screamed with glee and kilig each time there was some “action” on the screen. Again, poor boys.

In between the showings they had people who bought tickets for the butler cafe go into the other area. And then finally the pair cosplay commenced…it felt like I was watching the Love-a-palooza as almost all the couples’ idea of a winning pose was? to kiss. There was only one pair of biological males who cosplayed as Cloud and Zack, while the rest were girls. One interesting couple was a boy and girl pair from Deathnote, who also bagged the best kiss award. Here they are… 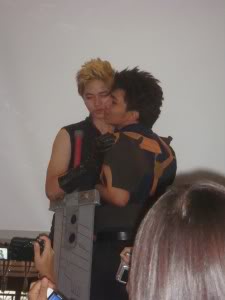 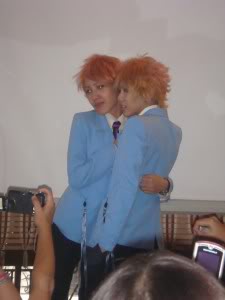 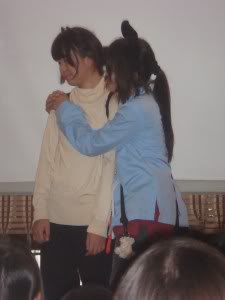 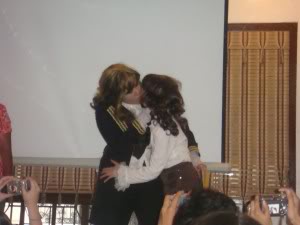 interview with the vampire pair 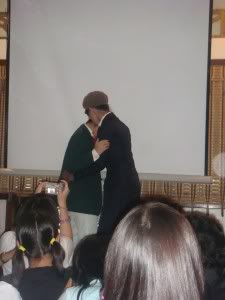 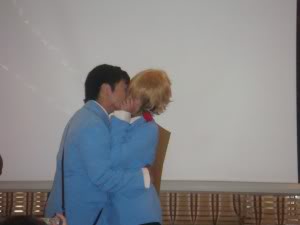 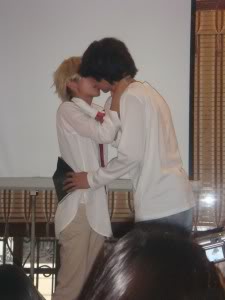 Afterwards they showed some more yaoi anime and played the yaoi henyo game. Basically the player had to guess the word stuck to their forehead by asking yes or no questions. 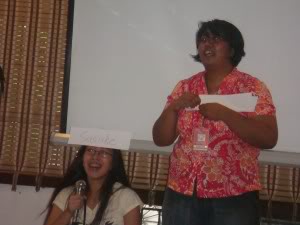 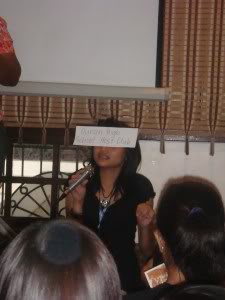 They had the awarding for the cosplay afterwards, but? I wasn’t paying too much attention as? I was distracted by my friends from ongaku society 🙂

Anyway, I still managed to sneak into the butler cafe after it closed, so feast your eyes on these bishies. 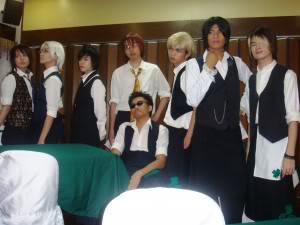 Overall, the event was well-organized; it began and ended on time and there weren’t any technical difficulties to disrupt the festivities. Just goes to show that? the yaoi fandom is still as strong as ever by the increasing number of people who attend each year.? Congratulations to the Lights Out staff and hopefully we’d see you somewhere bigger next year!