It’s been a while since I’ve fangirled on anything. It also doesn’t help that these days, I feel more like a Mom than a “girl.” Recently, I find myself low-key fan girling a retired J actor. I won’t mention his name as it would bring up the circumstances regarding his departure from the entertainment industry. I think I’ve given enough clues...

During E3 2009, Bioware and Lucas Arts released the trailer for their highly anticipated MMO, Star Wars: The Old Republic. Playing the original Knights of the Old Republic game, I became a fan. And actually can’t wait for this. It will feature a lot of character classes and of course, worlds. Here’s the trailer: More information can be found on their website:... 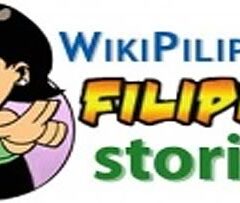 I promised Tita Dine and Ate Tin to join the WikiPilipinas Filipina Writing Contest. I will be submitting my essay some time soon. I do encourage you to contribute to this endeavor. Personally, I feel that the prize is irrelevant, it’s contributing something to uplift the image of the Filipina that is more important 😀 In celebration of Women’s Month in March 2008, Wikipilipinas.org will open a special portal called the...

Have you ever imagined yourself playing as Nintendo’s resident plumber Mario, but this time in out-of-his-world stages? A YouTube user codenamed JudgeSpear had, and he even turned fantasy into reality by making that game! JudgeSpear called his freeware game Super Mario Fusion, as it gives the player an impression that the original Super Mario game “fused” with Rockman, Castlevania, even Halo! Heck, he even combined... 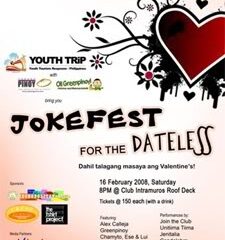 Hey, hey, hey! My good friend, Greenpinoy has sure come a long way! Was it only a few years back when me and two other girls sneaked into his room in an all-male dorm in ICU to spend the night when we couldn’t make the last train home because we had a blast at a karaoke bar? Oh well… as I was saying, I hope you’d all check him out as he does his wacky antics live tomorrow (February 16) , 8 P.M., at the Club... 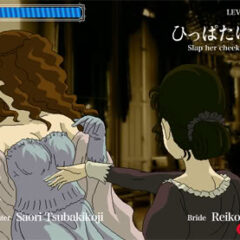 Want to experience firsthand the art of *bleep*slapping? Then play this game. (Click the picture) Image Source: NIGORO An online friend of mine just gave me this link while we were chatting through Yahoo! Messenger. It was because he was ranting about “always getting slapped”; so being the inquisitive guy that I am, I had to ask him about it. And he shared this game to me. Rose & Camellia, as NIGORO put it, is...

Yeah, yeah sure… I’m recently feeling a little vulnerable so I’ve been listening to “oldies” songs. I stumbled upon this particular 80’s classic by Phil Collins. I remember once when I was in second grade and I was left alone one afternoon since my Mom went to the grocery for food. I had just finished my homework so I had about an hour of TV time. No cable yet at that time and it was a little too... 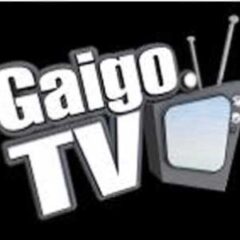 I once worked as a part-time ESL Teacher during my brief stint in Japan. I guess being able to speak English was good enough back then (boy some co-workers were surprised when they learned I wasn’t Asian-American but proud-to-be-purely Pinay). But now, if I wanted to go back and teach again, maybe I should have another go at the gym. Especially if I were to work for