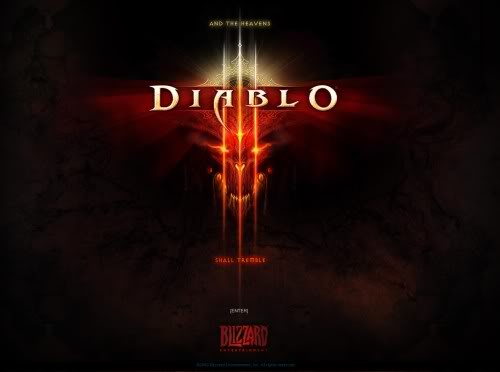 Last year it was Starcraft 2, and today Blizzard announced in the Blizzard Worldwide Invitational (after another long tease in Blizzard.com) a sequel to another popular title: Diablo III.

Well it’s official folks! You can all scream like little girls and then pass out from complete exhaustion as Blizzard officially announces Diablo III at the 2008 Worldwide Invitational.

With around a billion MMORPGs that have come and gone since the last one, I wonder what innovations will they bring in this entry to the series. Obviously they’re going to add an auto-attack feature to save mice everywhere from the repetitive clicking that we were so used to in last decade.